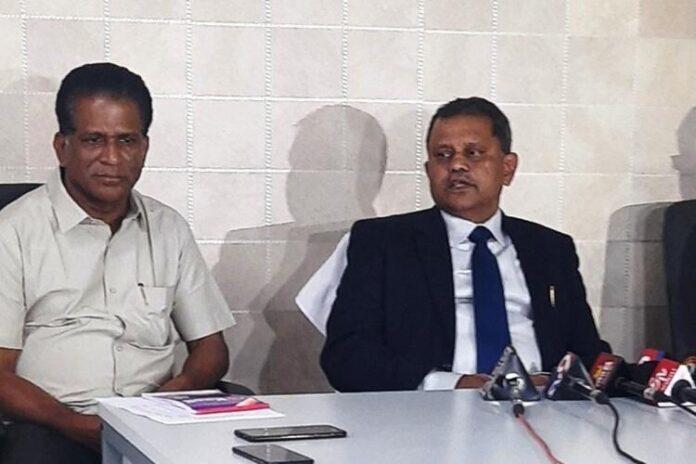 A Constitutional crisis of sorts is said to be prevailing in Andhra Pradesh, with YSR Congress party government led by chief minister Y S Jagan Mohan Reddy caring a damn for the orders of State Election Commission on taking action against erring district collectors and police officials.

Normally, whenever elections are held across the state, the entire official machinery comes under the purview of the election commission as the model code of conduct comes into force immediately from the moment election schedule is announced.

If it is general election, all the officials, including chief secretary and director general of police come under Election Commission of India and if it is the case of local body elections, the State Election Commission (SEC) who gains control over the state administration.

So, when a constitutional authority like ECI or SEC issues an order, it has to be implemented. Accordingly, when state election commissioner N Ramesh Kumar issued the order, the election process for the local bodies has come to the halt.

Whether Ramesh Kumar is justified in issuing the orders or not is a different matter, but as per the norms, the officials have to implement his orders. As such, the election process has been postponed. But they blatantly ignored his orders on transfer of collectors and action against police officials.

As per the orders of Ramesh Kumar, district collectors and superintendents of police of Guntur and Chittoor districts, which reported large scale violence during the nomination process for local body elections, have to be transferred.

Similarly, he ordered suspension of inspector of police in Macherla police station in Giuntur district, where there were attacks on Telugu Desam Party former MLAs Bonda Umamaheshwar Rao and Buddha Venkanna last week.

The SEC also ordered transfer of deputy superintendents of police of Srikalahasti and Palamaner in Chittoor district, besides inspectors of Tirupati, Palamaner, Tadipatri and Rayadurgam police stations for their alleged failure in preventing violent attacks on the pollical party activists.

But with Jagan openly questioning Ramesh Kumar’s authority, the official machinery just ignored the SEC orders on transfer of collectors and police officials.

The chief secretary ignored Ramesh Kumar’s orders in transferring of collectors, while Director General of Police Gautam Sawang sitting on taking action against the police officials.

Since Jagan himself argued that with his party having 151 MLAs in the assembly, it is the chief minister’s word that will prevail and the SEC cannot use his discretion, the official machinery, too, is following his orders and ignoring the SEC directions.

The elections were postponed citing precautionary measures required to check the spread of coronavirus. The ruling YSRCP in its response has alleged that the official acted at the behest of the leader of opposition N Chandrababu Naidu.

“Coronavirus is truly a circumstance beyond anticipation. As per information available, three states, i.e, Maharashtra, West Bengal and neighbouring Orissa have also put local body elections on hold,” Ramesh Kumar wrote in his response to the Chief Secretary.

“Andhra Pradesh is not alone at the present juncture facing the ‘corona’ challenge,” he said.

“To put any blame at the doorstep of the Commission is not factual. It is incorrect,” the State Election Commissioner stated, adding that he had received a letter from the Chief Secretary about several measures taken by the state government in combating the coronavirus, and how it would not face a threat in holding elections.

“In the absence of scientific data for which no one can be faulted, I responded stating that you may refer the case to the National Task Force’ set up by the Government of India so as to revisit the issue. If the task force is able to categorically advise that after risk assessment permits holding elections in Andhra Pradesh, the SEC is prepared to readily revisit the issue before the 6-week postponement proposed,” Ramesh wrote.

The state government had also claimed that postponement of local bodies elections would stall 14th Finance Commission grants from the Centre to the tune of Rs 5,000 crore for local bodies.

“I want to set the record straight in this matter. I have worked as Finance Secretary prior to my stint in Raj Bhavan and handled the Finance Commission matters and have an intimate working knowledge,” the letter said, adding that the SEC was prepared to support the state government to ensure that it got the funds, even if the elections were delayed.

“The release of basic grant is on a more flexible terrain and performance grant has different parameters. But since Andhra Pradesh is not alone in the present situation, the states, in a similar situation, can make a common pleading. On my part, I will vouch for the state’s and our collective efforts,” Ramesh wrote.

At present, Andhra Pradesh has seen one confirmed case of coronavirus.

Analysts say this is nothing but a Constitutional crisis. It remains to be seen how this crisis is resolved. Whether the Governor would intervene or courts would take up the issue has to be seen. #KhabarLive

Is KCR’s ‘Superstition Or Strategy’ Behind The Delay In Telangana ‘Cabinet...