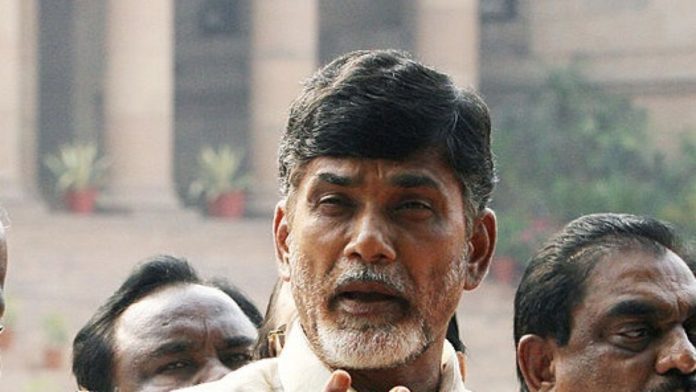 Is Chandrababu Naidu, noted for his manipulative politics, playing a different ball game in politics to wriggle out of the muddle he is in? Will he is sending positive signals to BJP for his political bailout? All the possible answers #KhabarLive finds in this story.

YSR Congress Party Rajya Sabha leader Vijaysai Reddy has no doubt about it and he strongly feels that it was at the instance of Naidu that the four Rajya Sabha members –YS Chowdary, CM Ramesh, Garikapati Mohan Rao and TG Venkatesh have crossed over from the TDP to the ruling BJP.

Particularly because, Chowdary, Ramesh and Mohan Rao have been in the TDP since long and are very close to the TDP national president, with the first two said to have helped him in party funding.

But why is Chandrababu indulging in the dangerous plan of backdoor and negative politics which may boomrang on him and hasten the fall of his party?

Political observers opine that it was nothing but a desperate bid by the three-time Andhra Chief Minister. He had antagonized Prime Minister Narendra Modi and earned his wrath by abusing him relentlessly for the past one year and even had gone to the extent of greeting him with black badges and letting off black balloons in the air to protest his visit to the State for electioneering, thinking that he would never become Prime Minister again.

But things had gone topsy-turvy and now Naidu is worried that all the cases would be reopened against him, his son, and other TDP leaders which would lead to their prosecution and a near wipe out of the regional party he had usurped from his late father-in-law the legendary NT Rama Rao.

ALSO READ:  Why Was AP CM Chandrababu Naidu Not Present At NTR Samadhi?

Since there is no question of Jagan burying the hatchet with him and ignoring his offences, Chandrababu is now left with the only option of going back to the BJP and therefore had sent his MPs through backdoor, it is rumoured, something which has even made the TDP circles view their president with suspicion.

The MPs quartet is well-known in trade sector and a majority of them were subjected to ED and IT raids during the elections. They, as well as their leader, want to come out unscathed in which the ruling BJP alone can help them.

Chandrababu also knows that the TDP is helpless against the ruling YSRCP which occupies over 80 per cent of the seats in the AP Assembly.

ALSO READ:  Will 'Mahakutami' May Come To Power In Telangana, If TRS Slips Or Betrayed?

BJP has been trying unsuccessfully to strengthen itself in the two Telugu states for quite some time. The TDP supremo’s strategy is to send the MPs to BJP to make the latter feel stronger and even consider it to be the main alternative for the YSRCP in Andhra Pradesh with TDP backpedalling.

The TDP leadership hopes that this may provoke the BJP riding high on the success at the Centre to take on the YSRCP directly leading to friction between them, But Chandrababu should know that Modi would not forget and forgive him so easily and is as shrewd a politician as he is. #KhabarLive

If ‘Ambedkar’ Was A ‘True Hindu’ Then Why Did He ‘Convert’?