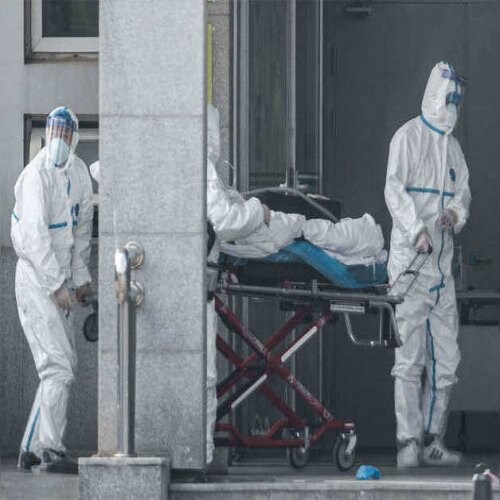 In a possible case of community transmission, a 50-year-old woman from Shadnagar, Ranga Reddy district, which falls within the Greater Hyderabad Municipal Corporation, tested positive for Covid-19 two days after she died at a government hospital in Hyderabad.

The woman, according to initial investigations by the Telangana police, has no history of foreign travel. The police has been unable to establish a direct link between her and the cluster of people associated with the Tablighi Jamaat, who are believed to have contracted the disease when they attended a religious congregation in Nizamuddin, Delhi.

According to the police, the woman may have contracted the virus from four migrant labourers who rented her home in Ranga Reddy district. The labourers, who belong to Bihar, had boarded the Sampark Kranti Express from Nizamuddin to Kachiguda, Hyderabad on March 18. The labourers could have been infected in the train which had transported people carrying the virus from the Markaz cluster, the police have inferred.

However, the labourers have not yet been tested. Their throat and nasal swabs were taken on April 3 and all four are now under quarantine in a government facility.

The woman used to own a grocery store in Chegur, Ranga Reddy district, which she ran till March 29, a Telangana police officer told HuffPost India. She developed shortness of breath on March 30 and was first treated in a government hospital in Mahbubnagar, a neighbouring district to both Ranga Reddy and Hyderabad, according to a health official of the RR district administration who was at the spot. When her condition did not improve, she was shifted to Osmania General Hospital, another government hospital in Hyderabad on April 1. Ironically, Osmania Hospital is one government medical facility in Hyderabad which does not have isolation wards for Covid-19 patients.

Chegur village has close to 2,000 residents, a police officer said.

The police, health officials and district administration of Hyderabad’s neighbouring Ranga Reddy district are on the lookout for those the woman may have been in contact with. Based on preliminary information, the woman had come in contact with her son, two daughters and their families.

But a bigger concern will be locating all the people she came in contact with while running the store. The police cordoned off the village late on Friday evening. #KhabarLive