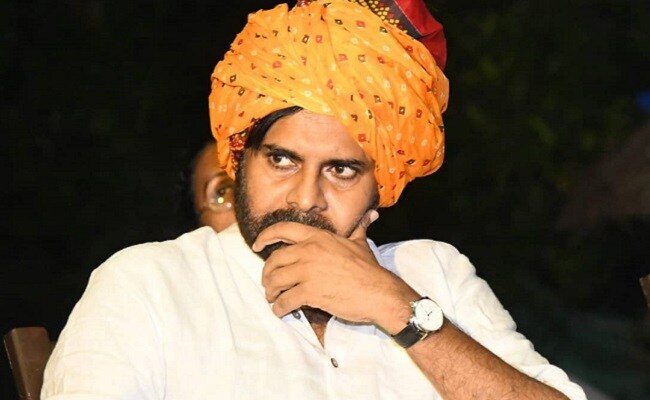 Jana Sena Party floated by power star-turned-politician Pawan Kalyan has little to do in terms of political activity.

As one leader after the other is deserting the party due to lack of any major activity and the cadre is getting disgruntled, Pawan Kalyan appears to be more into raising concern over social issues like Uranium mining, water conversation and ban on plastic to save environment.

Except issuing an occasional press release on political issues like Amaravati capital city, there is nothing much political left in the Jana Sena Party.

Unlike the Telugu Desam Party which is at least making some big noise to make its presence felt in the people and also in the media, there is no such activity from Jana Sena Party.

This made one wonder whether Pawan Kalyan is taking Jana Sena Party into the mould of an NGO.

It was evident from the way he went all the way to Haridwar to participate in the first death anniversary celebrations of Professor GD Aggarwal who died fighting for the cleansing of Ganga river.

In fact, Pawan has been avoiding making public appearances on the ground that he is suffering from severe back pain.

Yet, he went to Haridwar to meet Swami Sivananda Maharaj, the priest of Mathri Sadan Ashramam, along with noted social activist and Raman Magasaysay award winner Rajendra Singh.

Pawan Kalyan later said that pollution of Ganga means polluting our culture. He said. GD Agarwal has given his life for a great event. He assured them that his support would be with the cause.

It is good that Pawan is fighting on social and environmental issues. In any case, politics is not cup of tea for sensitive persons like him, as his brother Chiranjeevi said the other day! #KhabarLive