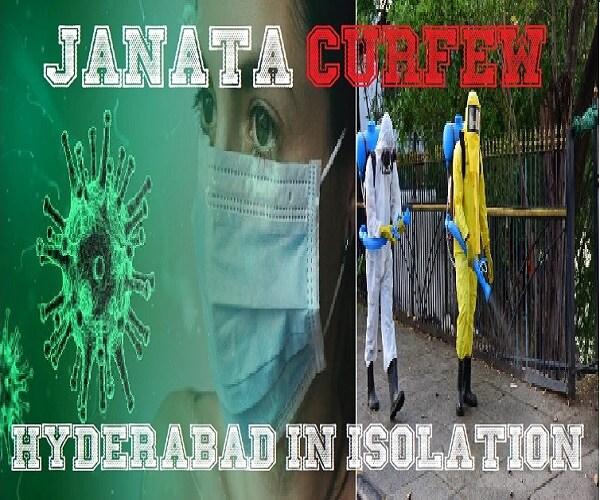 It must be said in these depressing times that Corona or COVID-19 is turning out be a great leveller. No less a person than the prime minister himself, Narendra Modi, gave the call for a ‘Janata Curfew’ in his televised address to the nation on Thursday evening, asking people to lock themselves up from 7 am to 9 pm on Sunday (March 22, 2020).

He could also have termed the exercise self-quarantine, but he chose to use the more people-centric term.

For those who are not aware of the term, it needs to be explained that Janata curfews have been a major tool of resistance for the Janata (public) practised quite successfully in past political battles in Modi’s home state of Gujarat. More lately, Kashmiris employed a Janata curfew during the Modi government’s clampdown on them, imposed after bifurcating the state and stripping it of its constitutional autonomy.

Isn’t it interesting how Modi is appealing to people to resort to this symbol of resistance against the spread of coronavirus when his government’s general response to democratic movements has been termed deplorable around the world?

“Except for those associated with essential and emergency services, everyone else has to stay at home. This collective effort will become the symbol of our self-restraint for the larger national good. The success of Janata Curfew will help us prepare for the challenges ahead. Janata Curfew will also test how prepared we are to battle Covid-19,” Modi reportedly said.

ALSO READ:  'Rohingya Refugees' In India Are Stood Behind For 'Basic Nutrition Services'

In a Janata curfew, people voluntarily suspend their daily activities and lock themselves in for a period of time. Gujarat was the cradle of this form of resistance in India. According to a veteran political observer and commentator Achyut Yagnik, “Instances of Janata curfew in Gujarat go back to the days of the Maha Gujarat movement led by iconic leader Indulal Yagnik. The first such Janata curfew dates back to the late 1950s and continued till Bombay state split into linguistic lines, and Gujarat and Maharashtra came into existence. Janata curfews as a tool of resistance were also used during the Navnirman Andolan (Reconstruction Movement) of 1973-74 in Gujarat.”

Yagnik further underlined, “Janata curfew was always a symbol of resistance against the powers that be.”

Manishi Jani, who was president of the Navnirman Samiti in Ahmedabad where the movement erupted, recalled that “Janata curfew was far more effective than a routine bandh call. In a bandh, the closure of commercial and other activity was forced, and a few people would go out carrying sticks etc. to get people to give up what they were doing.

“But this is a voluntary act of resistance. The Navnirman movement saw massive janata curfews in the 65 towns and cities of Gujarat. It is interesting to note that these janata curfews were actually converted into curfews imposed by the government of the day. Republic Day celebrations in Gujarat in 1974 were held under curfew in several places.”

ALSO READ:  The Emergence Of The 'New Political Force' In TRS Unsettles The 'Election Equilibrium' In Telangana

On Modi’s televised appeal, Jani said “I am concerned that such tools might be used against those protesting at Shaheen Bagh. He did not utter a word for those planning a massive congregation at Ayodhya at a time like this.”

Janata curfews were once again used every effectively after the 2002 anti-Muslim pogrom in Gujarat, particularly during the Lord Jagannath Rath Yatra. Since there is always a chance of a communal flareup along the yatra route (which passes through the communally sensitive areas of Kalupur, Gomtipur, Saraspur and Dariapur) Muslims in various localities decided to lock themselves up in their homes in a self-imposed Janata curfew.

A senior IPS officer once told this reporter in Dariapur that the police had to create a very loud noise by playing the drums and also patriotic songs (which obviously have no relevance for a religious event like the yatra) so that people from the two communities did not hear the invectives being hurled at them by miscreants. The once inclusive festival had slowly become largely exclusive.

Meanwhile, people are also taking the second part of Modi’s appeal with a pinch of salt. In response to a global pandemic the prime minister asked people to stand at their doors, windows or balconies and clap or bang on pots and pans to express their gratitude to doctors, paramedics, cleaners and others engaged in caring for COVID-19 patients at the risk of their own health.

Modi’s critics remark his penchant to make an ‘event’ out of everything, even a public health emergency his government has so far failed dismally to contain. They also point out that the concept of clapping has been lifted from what people in quarantine recently did in Italy and Spain. And as far as the ringing of utensils goes, many remember how this tactic was used by the people of Brazil to air their resentment against President Jair Bolsonaro’s handling of the COVID pandemic in that country.

People on the ground were expecting Modi to come out with hard facts about the nation’s preparedness to deal with the emerging scenario in terms of testing facilities, a roadmap to address daily wage earners’ concerns, and effective ways to limit the spread of the virus among the vulnerable, poor and marginalised sections of society.

These questions remain unanswered for now. A large number of people aware of the seriousness of the issue are already keeping themselves to their homes.

“But what can a poor man like me do. I can stay at home for two or three days. But then my family’s empty stomachs will compel me to set out. I am aware of precautions like social distancing and washing hands which I am practising. My primary concern remains my daily bread,” said an auto mechanic as echoed the voice of millions like him. #KhabarLive 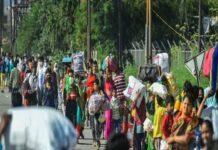