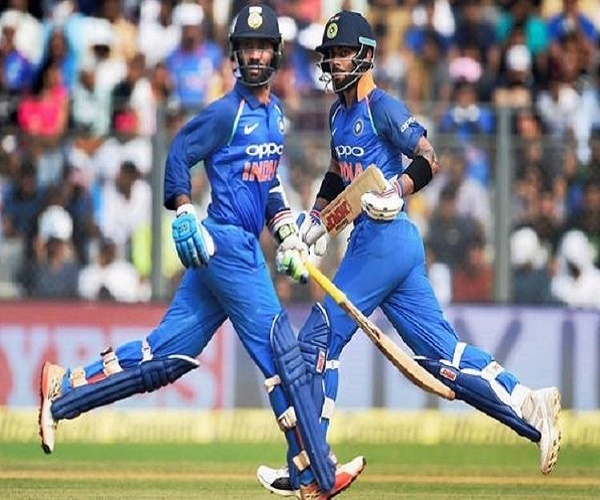 The #KhabarLive spoke to a few sports analysts who work behind the scenes to help individuals and teams succeed, as well as make the game more exciting for commentators.

Twitter went crazy in December 2018 when Varun Chakravarthy was bought for 42 times his base price of Rs 20 lakh during the IPL auctions. He was picked up by Kings XI Punjab, which shelled out Rs 8.4 crore to grab the all-rounder.

Although he was dubbed a surprise buy during the auctions, for sports analysts who have been tracking the Tamil Nadu all-rounder’s performance, this did not come as a surprise.

“Come on, he was the leading wicket-taker for Tamil Nadu in his debut A-list tournament, the Vijay Hazare trophy which ended in September 2018. He took 22 wickets in nine matches and was the second highest wicket taker overall. He was phenomenal in the Tamil Nadu Premier League as well, which has pushed his value upwards,” begins Kavin Parameswaran, a statistician and sports analyst with Kadamba sports.

Chennai-based Kadamba sports is listed as one of the top sports analytics companies in India by Analytics India magazine. The company has turned itself from a prominent football-data company to one that now serves almost all sports like cricket, kabaddi and badminton.

It’s not just Kadamba, there are many Chennai-based companies that work in the background of sports teams and champions to help them win tournaments. These companies provide a slew of services like game analysis, statistics, performance analysis, etc. to teams and broadcasters. They operate with the help of extensive databases which are used to analyse opponents. The global market for sports analytics was worth 764 million dollars in 2016 and is expected to touch a whopping 15.5 billion dollars by the end of 2023 according to a report.

Sriram Somayajula, a sports performance analyst, who is now with the Afghanistan national cricket team, says that this is a routine process around the globe. “My job is to sit with the coaches to list down what we want in a game or the series, and then deliver the relevant inputs. The coaches would then take it up to the players because finally it is they who play and execute the plan,” he says.

What goes on behind the scenes?

Companies like Kadamba and SportsLens have teams of people who watch each and every match played and note down every single movement in the match. For example, if a cricket match is happening, there will be someone who is watching every ball of the match in real-time and noting it down based on certain parameters.

“We have specific software to record these things with its parameters like how fast was the ball, the bowler’s speed, the type of ball — if it was off-break, fast ball, carrom ball and the likes. Hence, the data is predominantly collected in-house,” says Kavin.

Sriram also adds, “We have people working 24/7 in shifts, who watch the matches and feed in the data which is then taken by experts of that particular sport and is made into presentations for the team management and coaches.” The data experts also provide predictive and cost analysis which helps teams in auctions like IPL to pick the best bet.

The work of these companies does not stop at helping teams to win matches. They also pitch in for broadcasters like Star Sports with data for their commentary team. “We will be sitting near the commentators in the studio and handing out statistics to them so that they can use it in their commentary. For example, say a batsman is at the crease and is inching towards his 35th ODI hundred. We keep the information handy and give a heads-up to the commentators who will use it while talking over the mike,” says Kavin. He also adds that this comes in handy for commentators who are new to the domain and need more information.

Does all this hard work pay off? Mostly, says Sriram.

In 2013, when Nepal entered the ICC World Cup qualifiers, Sriram Somayajula was in the middle of it all as the performance consultant. “Nepal had to win 10 games to qualify for the ICC World T20 tournament. My idea was very simple, it was to ensure that everybody had a role to play, including appropriate backups,” he says. Preparation for that series took a month in which Sriram sat with the head coach and devised a proper plan. Nepal ended up qualifying for the tournament.

“There was a lot of work put in for that by everybody in the team, including the support staff. But what I am trying to say is that it’s all data driven,” he adds. However, he does not rule out the possibility of data failing the teams on the ground. “It has happened in many instances. If it goes wrong, it goes wrong. That’s all. The success rate of any analysis is 80-85%. Your predictions are predictions. They are not guarantees,” he says.

Meanwhile, Muthu, a commentator at Star Sports Tamil says that the data given by sports analysts and statisticians helps put the comments in perspective. “I can keep saying that this batsman is in form or out of form or say this bowler is dangerous or otherwise. But all those statements from me will make sense and be validated only when backed by relevant figures,” he says.

Adding that human memory is limited, Muthu says that even expert commentators would not mind having these numbers in hand while getting into the commentary box. “Numbers help us tell a story in a more convincing manner although sometimes, they speak for themselves,” he explains.

At the end of the day, it is all passion-driven. Kavin says that to enter the field of sports analysis, one needs to be a sports fanatic. “It helps a lot since the job is like that. It would also be good if the person has some knowledge about the game they are passionate about. Nothing too technical, but something about logic and rules of the game,” he adds. #KhabarLive

Why ‘No Data’ Is Available On Accidents, Suicides And Prisons Since...