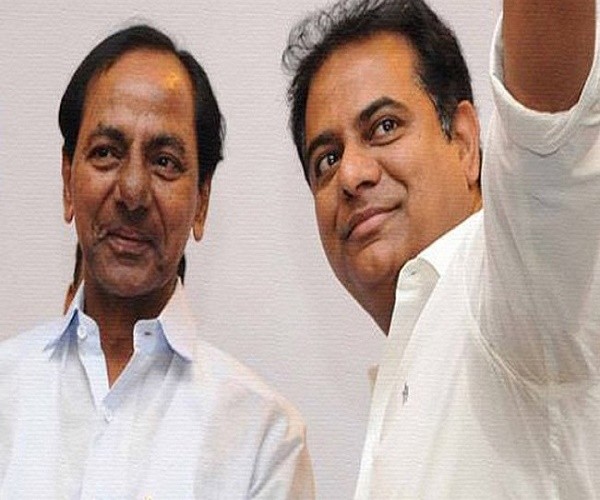 Telangana is reeling under pressure politics. Top brass is bit confused over decision makers. Ever since the employees and workers of Telangana State Road Transport Corporation workers went on strike, an uneasy atmosphere is prevailing in the riling Telangana Rashtra Samithi.

Though nobody is coming out openly, there is a hush talk going on within the party circles that TRS president and chief minister K Chandrasekhar Rao had gone a bit too far in dealing with the strike and it ultimately brought a bad name to the party.

Particularly, KCR’s decision to sack 48,000 RTC employees en masse has not gone down well with the party leaders, who are not able to face the people.

Now with the high court directing the government to hold talks with the striking employees, KCR had no option but to scale down.

Many MLAs and even some ministers are said to be unhappy with KCR’s adamant style of functioning.

His own son K T Rama Rao, who has not uttered a word on the strike till now, is also said to be very unhappy with his father’s way of dealing with the RTC strike.

According to reports doing in some digital media, KTR is learnt to be bringing pressure on KCR to step down and hand over the reins to him.

In fact, the TRS working president was peeved with the statement of his father that he would continue to be the chief minister for the next two terms.

So, taking advantage of the RTC strike and growing anti-establish climate in the state, a message is being spread across the party leaders that time is up for KCR and he should hand over the baton to his son.

Reports said if the TRS wins the by-elections in Huzurnagar, KCR might survive and continue in the hot seat for some more days. If the TRS loses the seat, then there would be pressure on KCR to hand over the reins to KTR.

For now, it looks a farfetched thinking, but who knows, anything is possible in politics! #KhabarLive

Will AIMIM And TRS ‘Match Fixing’ In Telangana Assembly Affairs?