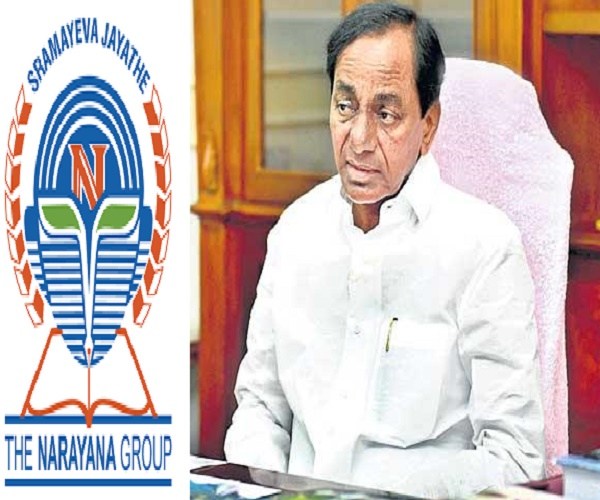 Telangana CM K Chandrasekhar Rao is learnt to have made sensational comments against TDP chief and AP CM N Chandrababu Naidu and his cabinet minister P Narayana, the owner of Narayana Group of Institutions, while reviewing the inter results fiasco with officials at Pragathi Bhavan in Hyderabad.

KCR is believed to have expressed suspicion over the role of Naidu and Narayana in Inter results scam, to defame Telangana government headed by TRS.

KCR expressed doubts about Naidu and Narayana hatching a ‘conspiracy’ to bring disrepute to Telangana government with the help of “Andhra media”.

Officials informed KCR that the errors in Inter results was nothing new and it has been happening since decades, even in Undivided AP.

About 15,000 students apply for reverification and recounting of answer scrips after Inter results are out every year and their marks change after reverification.

But this time, though less than 10,000 students applied for reverification after results, it was blown out of proportion by media with a malafide intention to defame Telangana government and Telangana Inter Board, officials told KCR.

KCR reportedly told officials that he will inquire into ‘conspiracy theory’ after the dust settles down and will not spare the culprits, who have indulged in this conspiracy. #KhabarLive

In Jammu And Kashmir, PhDs Want To Be Sweepers

Why ‘Coronavirus’ Cases Rising In ‘Old City Areas’ Of Hyderabad?