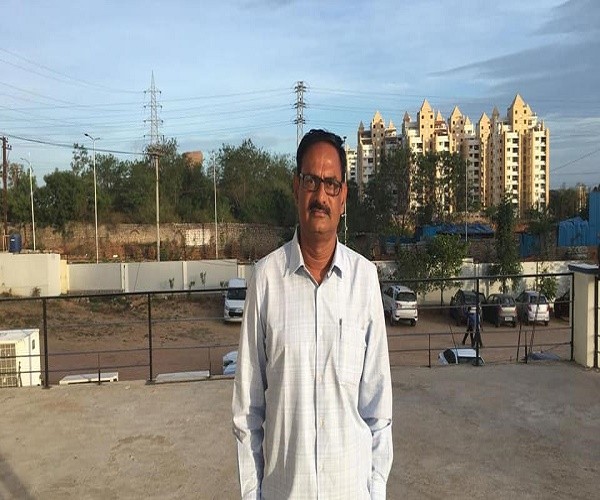 The much known Badminton ace player PV Sindhu father PV Ramana was a member of the last Indian volleyball team to win a medal at the Asian Games, back in 1986.

PV Ramana played all these sports as a child growing up in Hyderabad during the sixties and seventies. While he played most of those sports either as a recreational activity with his friends or in inter-school tournaments, Ramana was so good in high jump that he even entered the Hyderabad district championship – and topped it.

In 1984, when he was 20 years old, Ramana represented India for the first time. But it was not in high jump. It was not in either of the sports he played during his childhood. Ramana went to Riyadh in Saudi Arabia for the Asian Junior Volleyball Championship as a member of the Indian team. He had started playing volleyball just three years prior to that.

Volleyball happened to Ramana because, literally, he had nothing better to do. After passing Grade 12, he moved to Vijaywada in 1981 for higher studies. He did not know anyone in Vijaywada, so he started playing volleyball in college. Within no time, Ramana played in the junior Nationals and then the senior Nationals in 1982. The following year, volleyball got him a job in the Indian Railways, for whom he played till 2002, when he was just short of 40.

Ramana believes he was good at volleyball only because of all the others sports he played as a child. “My body had become so agile and so fast after playing those sports that I could adapt to volleyball very quickly,” he told Scroll.in. It is a piece of advice he gives parents who want their children to play sports.

“Parent have become professional nowadays,” he said, chuckling. “They say, ‘I will make my child a cricketer, or a badminton player.’ But you need to give your kids a taste of all sports before fixing on one. It takes time. It is a seven-to-eight-year process.”

Humble beginnings
Ramana did not have the luxury of being enrolled in coaching for any particular sport as a child and neither did his family have the money to buy him equipment needed to play games such as cricket, badminton and tennis. Ramana is the youngest of 10 siblings – five brothers and as many sisters – and his father had died when he was only four years old.

Because of his game, and as a result his job, Ramana also met the woman who would become his wife. Vijaya also played for the Railways, but was based in Chennai. She used to meet Ramana at inter-Railway championships and all-India tournaments. “We soon informed our parents ki yeh aisa aisa hain… we want to get married,” said Ramana. “They said, ‘Give us some time.’ I was okay with that because even I wanted some time off.”

The time off was for the biggest tournament of Ramana’s career. In 1986, the 23-year-old went to Seoul with the Indian volleyball team for the Asian Games. As winners of the bronze medal at the 1982 Asiad in Delhi, expectations were high in Seoul. The Indian team comprised some big names such as the legendary Jimmy George, considered one of the greatest volleyball players of all time, GE Sridharan, K Udayakumar, Cyril Valloor and Abdul Basith, along with Ramana.

“It was a dream team,” said Ramana. “Prior to the Asiad, we had a long camp, which started in 1985. Jimmy George was a professional volleyball player who had experience of playing in Italy. He was excellent in attack and service. His guidance and his technique really helped. We were all 6’3” to 6’4” in height and well built. More importantly, everyone was committed. Each individual had his own art.”

India came second in their pool, losing only one match out of five – to table toppers South Korea. In the championship round, which had the four best teams that fought for the medals, India beat six-time gold-medal winners and defending champions Japan 3-0, but lost to South Korea again and then to China by a similar margin. It was a bronze again for India – and also the last volleyball medal won by the country at the Asiad.

Ramana and Vijaya got married soon after the 1986 Asian Games. In 1988, they had a daughter, Divya, would go on to play netball at the national level but then concentrated on academics as she wanted to become a doctor. In 1995, three years after Ramana last played for India, their second daughter was born. They named her Sindhu.

From player to father
Today, Ramana’s day revolves around his younger daughter who, to say the least, is a bit more committed to sports than her elder sister, who became a gynaecologist. During this nearly 45-minute interview, conducted at the Pullela Gopichand Badminton Academy at 5 am weeks before the 2018 Asian Games, only about 30% of Ramana’s attention was on the questions asked to him. His priority is always Sindhu. I lost count of the number of times Ramana cut away from our chat mid-sentence to address what he saw as flaws in his daughter’s game during practice.

The conversations between father and daughter were in Telugu, so I had to ask him to translate. “I am telling her that her legs are not moving,” he said after one such interruption. “She is tall – 5’11” – so she tries to use her height to reach shuttles, but not her legs. Once she learns to move the legs, done.”

He would know. Ramana, who stands at 6’3”, used his legs quite a bit during his volleyball days, when he played as a blocker and speed attacker for India. “Wherever the ball is, I had to rush for a short pass. My game had a lot of speed.”

Did he ever consider coaching the Indian volleyball team? “They offered the job to me once but I turned it down,” he said. “I have to be with her,” he added, pointing to Sindhu, before again instructing his daughter in Telugu. “She is playing at his pace,” he said, referring to Sindhu’s sparring partner, one of the Indonesian coaches at the academy. “His fitness is not at her level and his pace is slow, but she needs to be speedy. That’s what I told her.”

Ramana travels with Sindhu to all her tournaments, regardless of whether India’s chief national badminton coach Pullela Gopichand is there or not. Stories of Ramana driving Sindhu to the academy when she was younger, when they used to live 40 km away in Secunderabad, are well documented. Ramana continues to do that to date, although they live much closer to the academy now.

But Ramana still attends both of Sindhu’s daily training sessions – the morning session begins at 4.30 am – and leaves with her in the evening. “As long as I am allowed to sit and watch, I am happy,” he said.

Such is Ramana’s influence over his daughter that Sindhu’s trademark jump smash on the badminton court is modelled on his own from volleyball. “It’s almost the same,” he said. “I taught her how to do it.”

The state of the current Indian volleyball team, which finished outside the top 10 at the 2018 Asian Games – makes you wonder how it would have been if there was a Ramana-like figure at the helm. Because of his level of involvement in Sindhu’s career, the 55-year-old hasn’t found the time to follow Indian volleyball but thinks it’s a matter of commitment.

“I feel they are satisfied with the performance at the national level,” he said. “Succeeding at the international level needs a lot of hard work. Our boys are not used to that commitment. That’s what I feel.

“Rather than taking it as a burden, a player should always enjoy the game. She does that,” he added, pointing to Sindhu. “She got that from me.”#KhabarLive