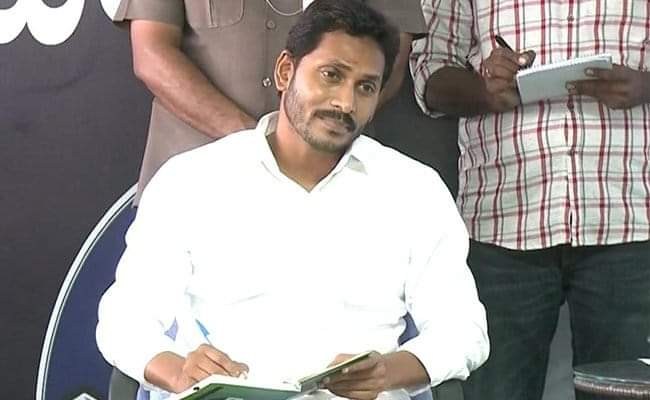 The YSRCP government will be in AP next and to hamdle the administration from Hyderabad, Telangana Secretariat will provide Jagan camp office for Andhra Pradesh operations. Ever since the elections to Andhra Pradesh assembly were held on April 11, there have been reports from all parts of the state indicating that YSR Congress party is most likely to come to power.

This has led to several speculations in the social media on how Jagan would run the administration, where he would be operating from, how his relations with Telangana government headed by chief minister K Chandrasekhar Rao would be and how he is going to tackle the Telugu Desam Party.

According to one such speculative report, Telangana chief minister is going to spruce up the Telangana secretariat for Jagan and create a cozy, posh office for him.

Though KCR himself has not been visiting the secretariat, he might do so in the coming days and whenever Jagan comes to Hyderabad, he could run the administration from his chamber in the Telangana secretariat.

For the record sake, a part of secretariat in Hyderabad is still in the possession of Andhra Pradesh government and it will continue to be there for another five years.

However, the entire secretariat staff has moved to Amaravati in the last three years and so, even if Jagan comes to Telangana secretariat, there won’t be any staff for him.

However, if the report is to be believed, Jagan can use the chamber to hold negotiations with Telangana officials on key issues of mutual concern, whenever he comes to Hyderabad.

But it is unlikely that such a thing would happen, as Jagan has to run the administration only from Amaravati! #KhabarLive

Why An ‘Indian Girl’ Chose To Become An ‘American Woman’?