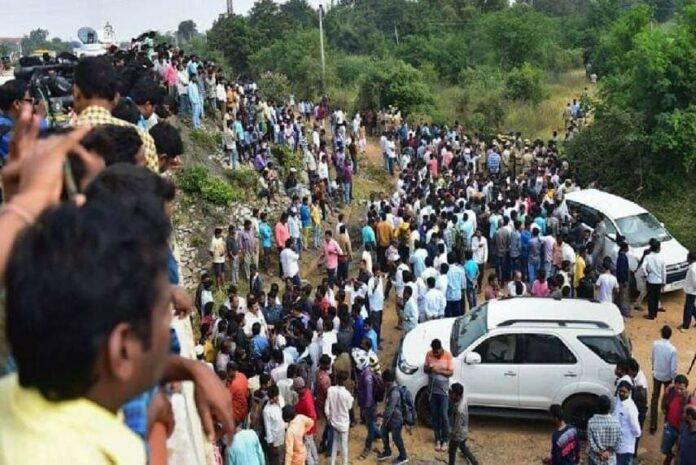 In #JusticeForDisha, all four accused in the rape and murder case of the Telanagana veterinarian were killed in a police encounter. The police claimed the accused snatched their weapons and opened fire on them. They retaliated in self-defence leading to the deaths of the four men, accused of raping and setting the 27-year-old woman on fire.

The encounter triggered celebrations as well as outrage among the masses. While some justified the killings, saying on-the-spot justice was the best possible way to deal with such a crime, others described it as “extrajudicial killings” and questioned police’s version.

But What does the Supreme Court say about encounter killings? #KhabarLive Explains:

In 2014, the apex court, while hearing pleas moved by People’s Union of Civil Liberties (PUCL) against the authenticity of 90 encounter deaths by Mumbai police between 1995-97, first underlined the right to life guaranteed under Article 21 of the constitution.

The two-judge bench of the then Chief Justice of India RM Lodha and Justice RF Nariman said the right to life was the “most precious” one and even the state had no authority to violate it.

The court stressed the “killings in police encounters require independent investigation,” for they affect the credibility of the law and criminal justice system.

It acknowledged the police in India have to perform a difficult task dealing with hardcore criminals, like, extremists, terrorists, etc. but added that even such criminals should be brought to justice by following the rule of law.

Here are some of the other guidelines:

The court suggested an independent probe into the encounter shall be conducted by the CID or a police team under the supervision of a senior officer from another police station.

A Magisterial enquiry under Section 176 of the CrPC must be held in all such cases where any death has occurred in the course of police firing.

Even though the involvement of the National Human Rights Commission is not required until there are serious doubts about the independent and impartial probe, it must be informed without any delay at the state or national level.

There should be no delay in sending FIR, diary entries, panchnamas etc to the concerned court.

Once the investigation is concluded, the report must be sent to the concerned court under section 173 of the CrPC, and the trial must be brought to a close expeditiously.

In case of death, the next of the kin of the alleged criminal/victim must be informed at the earliest.

If upon the completion of the probe the evidence or material shows the death occurred by use of firearm amounting to an offence under the Indian Penal code, disciplinary action against such an officer must be initiated and he be suspended.

The family of the police officer must be intimated about the incident and if need be, they must be offered a lawyer.

No promotion or gallantry awards shall be conferred upon the concerned officers immediately after such an occurrence and till such time that there is no doubt about the authenticity of their act.

If the family of the victim finds any irregularities concerning the procedure, they can file a complaint to the Sessions Judge territorial jurisdiction over the place of incident. #KhabarLive