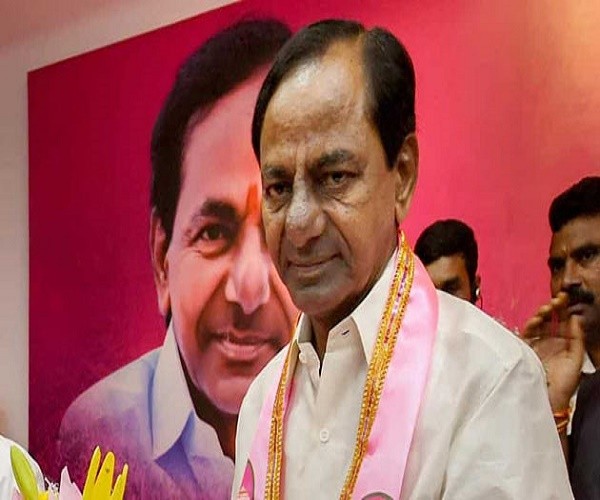 The video is from January, 2015, when KCR made a speech commemorating veteran Congress leader Gaddam Venkataswamy, fondly called as Kaka. KCR said, “Venkataswamy and our families had a long association with Telangana struggle. During that time, Venkataswamy was the Siddipet Parliament representative. He was an amazing person. When I was pursuing MSc Political Science, I used to take part in debates, I asked a question pertaining to economic interest for which Venkataswamy replied beautifully in English.”

The video is now being shared widely by opposition leaders, as well as students and activists. The 30-second clip is doing the rounds with several people questioning the credibility of KCR’s claims, and a few trolling him, saying no university in Telangana offered an MSc in political science.

Speaking to #KhabarLive, Sunil Neeradi, a Political Science student from Osmania University who has shared the video says, “Though, there are courses of MSc in Political Science, neither Osmania nor any other university in Telangana has ever had a course in MSc Political Science course. This is a total bluff. He has only completed his Bachelors from Government Degree College in Siddipet. This is one of his many bluffs.”

Others have questioned how a person who has studied MSc espouses superstitious beliefs in Vaastu and numerology.

Some have compared KCR to TDP MLA Jaleel Khan, who shot to fame for claiming that he pursued ‘B Com in Physics’ in an interview. #KhabarLive