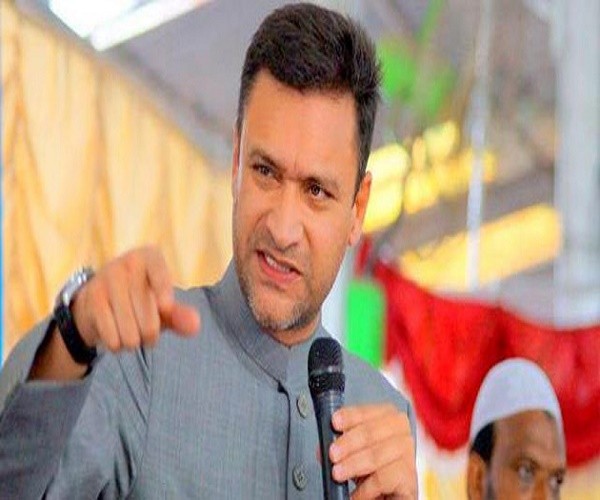 AIMIM Leader Akbaruddin Owaisi made sensational comments while campaigning in Yakutpura costituency in Hyderabad. ‘Anybody has to bow before AIMIM. Whether if its YSR or Rosaiah or Kiran Kumar Reddy or KCR…any CM should hold an umbrella for us. We will show the power of AIMIM after December 11th. I am not a politician but political king,’ he announced.

Few months ago, Akbaruddin Owaisi questioned what’s wrong if he aspires for the CM Post if HD Kumaraswamy can become Karnataka CM though JD (S) managed to win less number of seats than BJP and Congress. Then, His Elder Brother & AIMIM Chief Asaduddin Owaisi downplayed the statement saying KCR will continue as Telangana CM after elections. How would he react on the latest remarks of his Chota Bhai?

While Asaduddin Owaisi campaigns for TRS in the constituencies where Muslim Population is more, Akbaruddin Owaisi waits for an opportunity to get hold of power if TRS falls short of the magic figure. What will be the reaction of TRS Leadership on the controversial comments?

TRS showed its loyalty to the AIMIM by announcing a friendly contest in AIMIM’s seven constituencies. In addition to the seven seats–Charminar, Yakutpura, Chandrayangutta, Karwan, Nampally, Bahadurpura and Malakpet, the AIMIM Chief announced his party was in contention for the Rajendranagar constituency. With a view to avoid splitting of votes between TRS and the AIMIM, the latter fielded candidates only in the eight constituencies.

However, the AIMIM candidates strategically filed nominations in various segments in which there is relatively higher Muslim voter count. It was later said in the political circles after withdrawing the nominations in the last minute, the AIMIM wanted to gauge the Congress coalition’s plans in those constituencies.

In a latest development, KCR, in his recent series of public meetings, was highly vocal against the Congress’s criticism of the AIMIM. Reiterating Asaduddin Owaisi’s defense of the Congress’s alleged attempt to buy him out for restraining him from attending a public meeting in Nirmal, KCR said the Congress did a silly mistake doing so. recently, while addressing a meeting in Nirmal, Owaisi said an associate of Congress candidate from the constituency, Aleti Maheshwar Reddy offered him Rs 25 lakh for not attending the meeting. #KhabarLive

With Scholars Set To Restart Protests, A Peek Inside The Research...