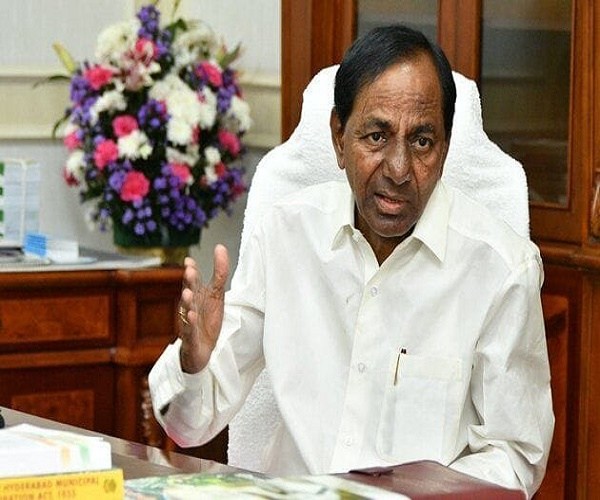 Telangana chief minister K. Chandrashekar Rao’s true ally is the one who is likely to give him the most bargaining power with either UPA or NDA—this time, that may mean Jagan Mohan Reddy.

As Telangana chief minister K. Chandrashekar Rao was touring the country in search of allies during the run-up to the 2019 elections, this was how some of his former associates in Hyderabad cynically summed up the situation.

And after Lok Sabha polls wound up in Telangana on 11 April, KCR began his efforts again—on 13 May, 10 days before counting day, he visited MK Stalin, the president of Dravida Munnetra Kazhagam (DMK). A week before that, he had met Kerala chief minister Pinarayi Vijayan, who leads the state’s Left Democratic Front coalition. All with one aim: to form what he calls a “non-BJP, non-Congress Federal front”.

While the Telangana CM’s office referred to each of the visits as a political rendezvous, giving the impression that a post-poll alliance was in the making, the leaders he met either referred to them as casual calls or remained noncommittal. Mayawati even campaigned against KCR in April at a Hyderabad rally for ally and actor-turned-politician Pawan Kalyan (of the Jana Sena Party).

The cold shoulder from regional parties notwithstanding, KCR’s consistent trips to form alliances have made it clear that he wants to catapult himself into the national political front one way or another. But is that even possible, given that Telangana is a small state with just 17 Lok Sabha seats? The answer, according to people familiar with his political strategies, lies in the calculated moves he made during the past 18 years, first to emerge as the political face of the six-decade-long Telangana agitation and then to become chief minister of the newly formed state.

And that rude phrase about him that his former associates repeat? That had served him well during the last phase of the Telangana agitation, which started in early 2000, gained momentum in 2009 and culminated in the formation of India’s 29th state on 2 June 2014.

“From the farthest right to the farthest left of the political spectrum, KCR formed alliances during Telangana agitation. As the platform for agitation diversified to include one and all—from local RSS influencers to Maoist sympathisers—he emerged as the leader, the demagogue, who brought them together,” said Simhadri Somanaboina, a retired professor of Osmania University who was a close associate of Prof. Kothapalli Jayashankar, a renowned Telangana ideologue who had mentored KCR. Simhadri has now joined the Samajwadi Party’s Telangana wing.

KCR’s adaptability comes from his experience of working closely with political players of all stripes. Beginning his journey with the Youth Congress in the 1970s, KCR was quick to join Telugu Desam Party (TDP) when its founder, film star-turned-politician Nandamuri Taraka Rama Rao (NTR), took Andhra Pradesh’s Congress bastion by storm. KCR was loyal to TDP till 2001, the year he resigned from the post of deputy speaker of the Legislative Assembly to form the Telangana Rashtra Samithi (TRS). N. Chandrababu Naidu, a National Democratic Alliance (NDA) partner at the time, was the Chief Minister then. KCR cited TDP’s neglect of the Telangana region as the reason for his political shift.

In 2004, when Y. S. Rajasekhara Reddy changed the Congress’ fortunes in Andhra Pradesh, TRS which was aligned with him, became a UPA ally at the centre and KCR was appointed Union minister for Labour. He quit the post two years later, accusing UPA of neglecting the demand for Telangana. By then, he had managed to project himself as someone who put the fight for Telangana before his own political ambitions.

It was here that KCR’s links with political cultures beyond the ambit of national and regional parties helped him. In 2001, when he launched TRS, his support base was a motley crowd of university lecturers and professors who had some influence over Telangana’s civil society.

Most of them ideologically leaned towards Maoist factions in Telangana. With them, KCR could project himself as either an alternative or a lesser threat to both Naidu and his successor Reddy, who crushed the guerrillas. All through his political career, KCR maintained ties with these civil society representatives, positioning himself as the political face of people’s struggles even while maintaining a close relationship with then Congress president Sonia Gandhi and BJP’s L K Advani, who had been the home minister during KCR’s TDP days.

As he now peddles the Federal Front, it is this ability to form alliances indiscriminately to serve a focused aim which seems to be driving KCR. According to political observers, he is sending a message out to the Congress high command that not only is he available for negotiations but can also lead them.

However, in South India, where there is no dearth of strong leadership—Stalin in Tamil Nadu, Vijayan in Kerala, H.D. Kumaraswamy in Karnataka and Naidu in Andhra Pradesh—KCR does not stand a chance unless he simultaneously keeps the door open for BJP. Past evidence suggests he is likely to keep his options open, given that he has supported NDA on several occasions. For instance, when TRS refused to support Naidu’s non-confidence motion against Prime Minister Narendra Modi in July 2018, KCR seemed only happy to get a verbal pat on the back from the PM.

So, in May 2019, KCR’s true ally is the one who is likely to give him the most bargaining power with either UPA or NDA. This means that of all the leaders he has met, his true ally is the only person who has pledged unequivocal support for Federal Front—Y.S. Jagan Mohan Reddy, founder of YSR Congress Party and the son of KCR’s former ally Y. S. Rajasekhara Reddy.

“Both KCR and Jagan are looking for decimation of Congress and TDP in their respective states. That connects them,” said political scientist K. Lakshmi Narayana, who works on regional politics in Andhra Pradesh. Narayana predicts that an alliance with Jagan Mohan Reddy will turn KCR into a bigger player in national politics, with the former expected to eat into TDP’s seat share and both Reddy and Rao getting a hold on over 30 MPs. Exit polls for Telangana and Andhra Pradesh have also predicted similar results. In the 2014 Lok Sabha elections, TRS had won 11 of 17 seats in undivided Andhra Pradesh, while the Congress won two seats. BJP, TDP, YSRCP and AIMIM had won one seat each.

So, what about the plans for the Federal front? For KCR, the “non-BJP, non-Congress” space is a platform from which he can negotiate with both NDA and UPA. A platform similar to the one offered by Telangana’s civil society between 2000 and 2014. Like any veteran politician, KCR has always made the most of any space he got, and, like his profile on a Telangana government website reads, “his tenacity, perseverance and sense of timing have earned the admiration of his critics…”.

KCR’s timing in 2019 is near perfect—TRS currently has 88 out of 119 Legislative Assembly seats and is expected to win at least 15 out of 17 LS seats. But as far as his political reputation goes, there is no guarantee that he will remain an ally of any side for long if either his state or his party does not get the attention he wants. #KhabarLive

Why TRS Luring Telangana Congress MLAs With A Bouquet Of Rewards?

Telangana Is An Example For Farm Loan Waivers, This Aren’t A...