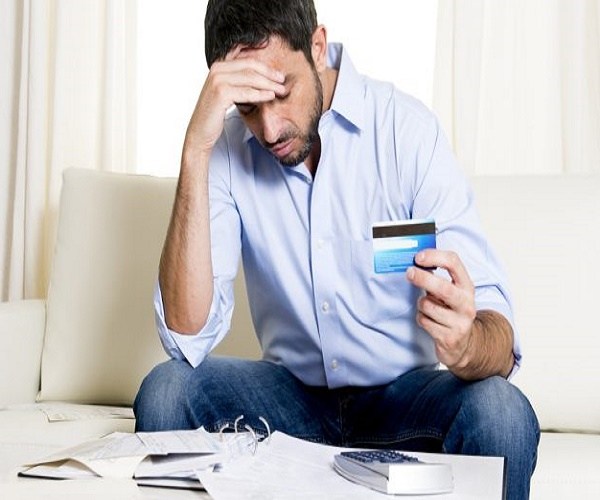 As an instance, In 2016, I slipped into severe depression, and every day, for many months, I often stood on the balcony of my third floor apartment in Hyderabad, contemplating suicide. I was working as an independent communications consultant then and couldn’t back out of a three-day work-trip once, despite being completely sapped. I just couldn’t communicate to my colleagues what I was going through.

My friend Ankita Rajasekharan, a former middle school teacher, echoed my feelings when she said, “When I had emotional health issues, I would have felt supported if I had a common vocabulary to communicate with my colleagues.”

I am not alone in this experience. People working jobs with mental health issues are not uncommon. According to a study by Assocham, 42.5% of employees in the private sector suffer from depression or anxiety disorder. Yet chances are that you’ve rarely heard of a sensitisation workshop being held in a company or people asking for breaks to deal with a mental illness.

Shreyasi Bose, 28, a content designer, has been fired from several jobs as she struggled to deal with borderline personality disorder, bipolar disorder and panic disorder. She says, “Most mornings I puke because of anxiety. I have to prepare myself for an hour just to get to the office. But offices have a 9-5 work structure.”

I could not process interpersonal relationships, I could not follow non-verbal communication, and mostly felt bullied.

When I worked in an organized workplace, I had a pattern with all my jobs. I started with exceptional energy, exceeded performance expectations, and then quickly slipped into paralyzing anxiety and disillusionment, which finally led to quitting my job. I could not process interpersonal relationships, I could not follow non-verbal communication, and mostly felt bullied. Three years ago, my pattern finally made sense to me – I was diagnosed with borderline personality disorder. By then, I had been living with it for over a decade.

There were occasions when I was moved to tears for no apparent reason. Once my manager insisted on knowing why I was crying, and I could not explain it in simple terms. I would have preferred to be left alone.

Madhu, who works in marketing and has 13 years of work experience, recounts feeling she was failing to get through to the client while presenting a copy to them. And another time, she missed sending an email to a client, which quickly spiralled from fear, to paralysing anxiety when she could not physically do anything.

For Sandhya, a freelance designer living with depression, meeting deadlines is a nightmare since she can often not even begin her work. “Every time I get a project, the person that gives me work gets into a position of power. So, the pressure builds up.”

Misunderstood Disabilities
However, these disabilities are often misunderstood as personality flaws. At various places Madhu has worked in, she has been considered lazy. Swati, a technical writer living with BPD, is solely identified by her inability to turn up at work on time and her alleged inconsistency. “My colleagues are sometimes snide about it with me,” Swati told #KhabarLive, adding that her manager being supportive has not helped a lot, considering there are a lot of people in the office who are sceptical of her ‘issues’.

“Managers assume that she (her patient) is trying to get out of work, or that she is trying to work from home. Sometimes they just assume she is plain crazy,” said Dr. Sabina Rao.

In 2016, Union Minister Maneka Gandhi made a frivolous remark questioning the employability of mentally ill people.

It is very convenient to misrepresent these concerns and treat people with mental health issues as unsuitable for the workplace. In 2016, Union Minister Maneka Gandhi made a frivolous remark questioning the employability of mentally ill people.

While discussing the then proposed Rights of Persons with Disability Bill, she said, “It (bill) does not differentiate between mentally ill and mentally disabled person. But there is a difference between the two. If a person is mentally ill like schizophrenic, how can he be given a job.” There was a fitting response to it with the #WeCanWork, a photo campaign where people living with mental illnesses shared their own pictures with placards telling Gandhi that they can work.

This binary approach to employability makes it harder for people with mental health issues to sustain jobs and afford treatment. Therapy is often expensive, and unsupportive workplaces which are quick to fire people makes access to therapy harder. Shreyasi says, “I am in debt because of my mental illness, and I cannot afford to lose another job.”

Amba Salelkar, a lawyer with the Equals Centre for Promotion of Social Justice points out that if a disability is invisible, people often believe that it doesn’t exist. That, she added, adds to the travails of women already trying to deal with expectations of being a team player and being on top of things 24x7x365. She said, “These are ableist constructs in the context of psychosocial disability.”

And unfairly, the responsibility of building faith rests squarely on the shoulders of the person suffering from a mental illness. Shreyasi, for example, discussed her mental health issues with her manager even before she took up her new job. She was fortunate to have found a manager who was very supportive but for most others, discussing mental health with a manager is a huge leap of faith.

Finding Solutions
One way to address this would be to create the much-needed common vocabulary that Ankita required. This vocabulary is what White Swan Foundation is trying to create. The Bengaluru-based organisation has been enlisted by IT firms among others — though they refused to reveal who and how many — to conduct workshops and train employees to understand the social and cultural challenges that people with mental health issues face. While they reach out to companies that they know, organizations have also approached them on their own accord.

Dr. Rao suggests that companies should hire human resource managers who have understanding of mental illnesses and its challenges. Company policies should also be drafted to make it easier for people with mental illnesses keep their jobs. Chinmayee H, while working for a multinational company, took an 8-week sabbatical without loss of pay to support her mental health. Her manager, and the human resource personnel offered her immediate support and worked with her to identify an appropriate timeline to start her break from work.

Recently, Shreyasi had a panic attack during a meeting. The team postponed the meeting, gave her a separate room, and kept company until she was ready to step out.

However, the key to moving towards a workplace inclusive for people with mental illnesses is to focus on anti-discrimination. Amba explains that organizations need to offer reasonable accommodation to truly not be discriminatory towards people with mental health issues.

Reasonable accommodation is any assistance that organizations should provide that will enable an employee to perform their work despite their disabilities. This is not a standardized list but has to be discussed on a case-by-case basis based on individual needs.

For example, Ayesha Minhaz lives with several comorbid disorders and works as a journalist. She avoids stories on violence against women to navigate around her triggers. In Swati’s case, the option to work from home without an impact on her career would be a breather.

Recently, Shreyasi had a panic attack during a meeting. The team postponed the meeting, gave her a separate room, and kept company until she was ready to step out. But she also wonders if it is fair to do a professional appraisal of her work with the same parameters as that of a colleague who doesn’t suffer from a mental condition. To resolve this, Amba says that workplaces need to stop focusing on labels and diagnosis, and instead acknowledge individual skills, and utilise those skills at work.

Five years ago, I quit my full-time job because I could no longer handle the struggles associated with dealing with people. But, this is not a one-size-fits-all solution. Swati, however, has a suggestion which could fit all situations. She says, “At the end of the day it is a question of being empathetic. Empathy is not going to soak up your profits.” #KhabarLive