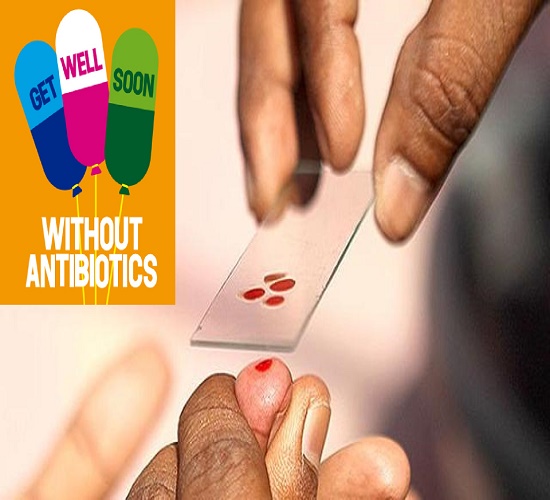 Antibiotic resistance has assumed alarming proportions in Hyderabad with diagnostic laboratory culture tests failing to yield result. City doctors said, bacteria are unable to grow in culture medium as it developed resistance. A research study revealed 75% urine culture tests analysed failed to give results. This will have a severe impact on diagnostic results as patients suffering from health issues like urinary tract infection may get a negative result though they harbour relevant bacteria in their bodies.

As fighting antibiotic or antimicrobial resistance is a long-drawn process involving all stakeholders, city doctors suggest one should stop taking antibiotics at least three days prior to giving blood or urine for diagnostic tests. Antibiotic resistance has emerged as a major health, medical and scientific challenge the world over. And with drug-resistant bacteria found in water bodies and soil samples in Hyderabad, city doctors call for judicious use of antibiotics.

A research study published in the latest issue of International Journal of Current Microbiology and Applied Sciences by a team of researchers from the city-based Shadan Institute of Medical Sciences and Research Centre, and Malla Reddy Medical College for Women, revealed that antibiotic sensitivity in majority urine samples tested did not show bacterial growth. Researchers attribute this to overuse or abuse of antibiotics.

Commenting on the study, Dr Ratna Rao, head of the department of microbiology, Apollo Hospitals, Jubilee Hills, said, “antibiotic overuse trigger resistance to infection and bugs develop mechanisms to make it ineffective. Delay and suppression of germs grown in culture is a possibility due to antibiotic abuse.” Dr Rao recommended that patients undergo tests for cultures three days after stopping antibiotic use. “If the bug is resistant to an antibiotic then we do grow the organism in culture and confirm infections,” he said.

Senior consultant physician Dr Hari Kishan Boorugu said, if a patient starts taking antibiotics before giving the sample for blood, urine or other culture, the bacterial yield will be low. “It’s advisable that a patient should give culture test and then start taking antibiotics,” he said.

As part of the research, the team from Shadan and Malla Reddy women’s medical colleges analysed urine samples of patients with symptoms of urinary tract infection. They studied samples collected over a 12-month period. Three-fourth of 248 samples studied did not result in growth of bacteria. These patients used antibiotics indiscriminately. Remaining samples showed Escherichia coli, Klebsiella species and Proteus species, the study said. It also warned the process of antibiotic resistance rises when the drug is “underused, overused or misused”. A correct antibiotic therapy should be given, the study said.

According to researchers, certain disease-causing organisms are inherently resistant to some types of antibiotics. But this natural resistance, they said, do not create any major problem in diagnosis. It is the acquired resistance (due to abuse of antibiotics) that has become a big challenge for health experts. #KhabarLive

When Telangana Schools Reopen And How It Comes Out From Covid...