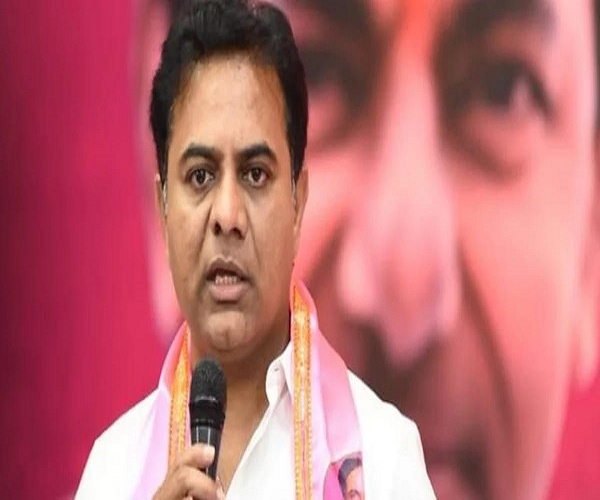 The new age politician K T Rama Rao is now the talk of the town. At the age of 42, he appears to be full of energy and gives an impression that he is ready to take the reins of administration of the State sometime in future. His appointment as working president of Telangana Rashtra Samiti (TRS) has given enough grist to the speculation mill that before long he would step into his father’s shoes.

That Rama Rao would go up the political ladder was quite obvious since the day his father K Chandrasekhar Rao took over as the Chief Minister of the newly-created Telangana in 2014.

His father’s position may have helped him avoid entry barriers but later on, he proved to be a self-made man. Though no one can find fault with Chandrashekar Rao anointing him as the de-facto president of the TRS, hereditary politics are considered not unsanctimonious in Indian context.

Chandrashekar Rao by placing Rama Rao at the helm of the party affairs sent a very clear message that there can be no doubt about who his successor is.

Till now, there were doubts if Chandrashekar Rao would pass on his baton to his daughter Kavitha who happens to be equally efficient and his nephew T Harish Rao, who is known for his role during Telangana movement days, has high popularity across the State and particularly in his Siddipet constituency where he has a total monopoly over the votes.

The first indication that Kavitha may not be making it to the second in command position became clear when she was asked to wait and contest in Lok Sabha elections. She is already representing Nizamabad in Lok Sabha and Chandrashekar Rao wants her to go in for re-election. Since Harish Rao is his nephew, his leadership qualities notwithstanding, Chandrashekar Rao’s choice obviously fell on Rama Rao.

In his new avatar as working president of the TRS, Rama Rao is trying to dispel the impression that he is too big for ordinary mortals. He wants to make himself accessible to all to build for himself an affable personality. If one is approachable and accessible, one would be adored.

ALSO READ:  Want To Be A NIA Trained Journalist?

Hereditary politics is a custom that has been running in all political families in India – son donning the role of father at one point of time – like Akhilesh Yadav in UP, Naveen Patnaik in Odisha, Stalin in Tamil Nadu, HD Kumaraswamy Gouda in Karnataka, leave alone the genealogy of the Nehru Gandhi family which still calls the shots in the Congress.

Though many critics point out that hereditary politics are antithetical to democracy, they are the in-thing in India, which happens to be the largest democracy in the world. There are instances of those who took the support of their family for initiation in politics and then rose by working hard. Rama Rao seems to belong to this genre.

Rama Rao, after he was appointed working president of the TRS, appeared to be keen on taking everyone into confidence. Careful not to ruffle Harish Rao’s feathers, he drove to his residence and sought his cooperation in his new role as second in command of the party.

Harish Rao did not appear ill at ease and felt visibly happy over Rama Rao’s elevation. He had told him that he could always bank on his cooperation all the time. There was no sign of the green-eyed monster.

The position of working president did not come easy for Rama Rao. In fact, he had to work for it. His role in helping the TRS win a landslide victory in the recent Assembly elections had given his father necessary elbow room to make him the working president.

Earlier, before Chandrashekar Rao dissolved the Assembly, he entrusted the responsibly of making his Pragathi Nivedana Sabha at Kongakalan to Rama Rao which helped him earn acclaim.

Rama Rao played a major role in dousing the flames of dissidence immediately after Chandrashekar Rao announced candidates most of whom were sitting MLAs for 105 Assembly seats on September 6, the day he dissolved the Assembly. Initially, there was discontent from several districts as many had pinned hopes of contesting for Assembly elections on TRS tickets. But Chandrashekar Rao did not budge and the list stayed which transferred the responsibility of assuaging the ruffled feelings of those who could not make the cut and then make them work for the official candidate in the fray, to Rama Rao.

Another big-ticket event that is associated with Rama Rao was the Global Entrepreneur Summit held in Hyderabad last year which was attended by Prime Minister Narendra Modi and US president Donald Trump’s daughter Ivanka. The event turned out to be a spectacular one, with the entire world focusing on it for the message that would emanate from there for the betterment of world economy.

But, one thing is clear. Though he had the backing of his father all the time, he, however, made efforts on his own to grow not only in learning the nuances of administration but also necessary skills in political management. Though greatness was thrust on him, yet he quickly moved out of shadows of his father and made a mark for himself. He fought and won election to make his way to the Assembly in the days when heirs apparent find their way to the Cabinet through legislative councils.

Till 2006 no one knew who Rama Rao was. When his father who was a Minister in Central Cabinet resigned to intensify the agitation for Telangana, Rama Rao quit his well-paying job in the private sector and joined his father.

His first victory was helping his father win Karimnagar Lok Sabha by-election by a massive two lakh vote majority the same year. He then began charting his political career and in 2009, he made the first dash – he contested for Sircilla Assembly seat which he won narrowly.

He learned his first lesson in politics in Sircilla by-election, how to win an election. His majority was wafer thin – he only got 171 vote majority over his rival KK Mahender Reddy. Then on, there was no turning back for him. In the subsequent by-election, he won the same seat with a majority of over 68,000 votes as by then he knew what strategies would yield result in elections.

Chandrasekhar Rao, though he was aware of his son’s leadership qualities – was not hasty in promoting him as he knew it would trigger a backlash if he rushed it. He gave assignments to Rama Rao who delivered results. He thus built a career for himself in public life instead of basking in the glory of his father.

The first crucial test in politics for him came in the form of elections to the Greater Hyderabad Municipal Corporation (GHMC) in 2016 but he emerged victorious by ensuring a landslide victory for the TRS. Earlier, before the bifurcation of the State, the TRS had not even contested the GHMC elections in 2009 afraid that it would lose.

The TRS’ victory in 2016 has resulted in an impression gaining ground that even Andhras living in Hyderabad reposed faith in the TRS all because of Rama Rao. He toured all the 150 divisions in the GHMC area and addressed close to 100 meetings.

As his father had said after winning the election, humility should be part of one’s personality regardless of what heights one scales. Rama Rao would be doing a favour to himself if he keeps his father’s saying in mind.#KhabarLive

No Vice Chancellor For ‘Telangana Vet Varsity’ Waiting To Get...