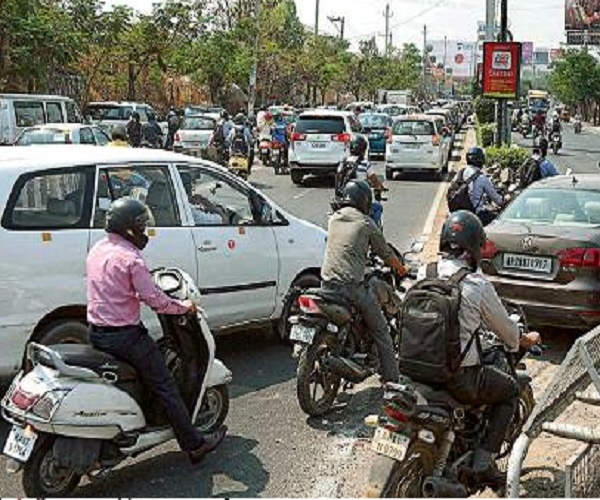 As the city is grappling with perennial traffic snarls, urban developers and road safety experts stress on the importance of studying the problem and finding solutions to overcome road congestion.

According to the experts, the city was witnessing manifold increase in traffic due to population growth and migration from rural areas, which ultimately leads to spike in vehicle ownership and usage. “While increase in population leads to more number of vehicles on roads, the main cause for traffic congestion, we can address the issue by implementing fines and, at the same time, improve the already existing infrastructure of the city,” said C Ramachandraiah, an urban geographer.

“It is every individual’s responsibility to be aware of traffic signals and follow rules for free flow of traffic,” he added.

“Though remedial measures were suggested by road safety experts to avoid traffic congestion, unfortunately they are seldom practised,” Ramachandraiah said.

Vinod Kumar Kanumala, founder of the NGO Indian Federation of Road Safety, said the biggest problem facing transport in the city was the road systems creaking under the strain of cars and lack of last-mile connectivity options provided by public transport systems.

“The traffic congestion being reported for the past few days could be due to increase in VVIP movement and holiday season, but the impact is too much. It reduced the average speed of vehicles to less than 20 kmph at some places. This can be addressed by putting in place several urban transport elements like zebra crossings, footpaths and designing entry and exit points,” he added.