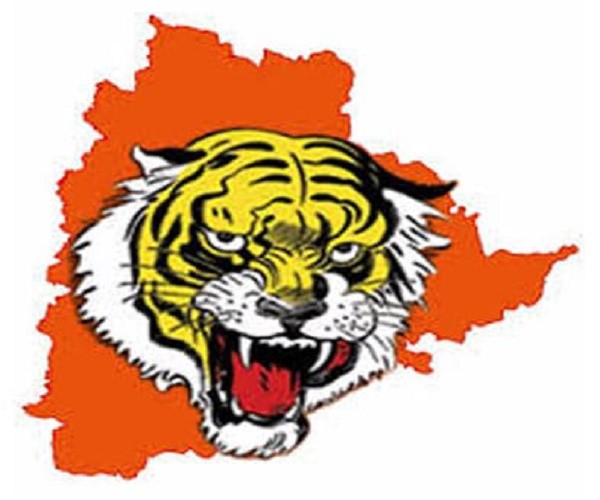 The Maratha party ‘Shiv Sena’ has decided to contest in Telangana elections and eyed on Bodhan assembly segment under the jurisdiction of Nizamabad district and border constituency to Telangana and Maharashtra. Though the Sena issued B-forms in the previous elections in erstwhile Andhra Pradesh, this time it is seriously putting efforts to open an account in Telangana.

Sources from the Shiv Sena told #KhabarLive that Pasuloti Gopi Kishan, the president of the party for undivided Nizamabad district is supposed to contest the poll fight from Bodhan. “He is a common man and contending against two strong leaders from the ruling party TRS and Mahakutami,” the sources added.

Gopi Kishan is a native of B.T.Nagar of Bodhan town and he has been serving Sangh Parivar’s branch Bajrang Dal since 20 years. He joined Shiv Sena recently and was appointed by the party’s high command as president of undivided Nizamabad District.

The sources added that the constituency has 12 villages bordering to Maharashtra and it is influenced by Marathi speaking people. “In order to achieve this seat, MLAs from the party from Maharashtra will take part in the election campaign on behalf of Gopi Kishan to attract Marathi speaking people. The party’s chief Uddav Thakre will also participate in a public meeting to be scheduled soon,” they said.

The recent ex-MLA from TRS Shakeel Ahmed and senior congress leader and ex-Minister Sudharshan Reddy are contesting from this segment and the Bharatiya Janata Party (BJP) is yet to announce its candidate.

Comparing with the other contenders, Gopi Kishan is a common man and having lesser wealth. Kishan organised Padayatra earlier for the restoration of Nizam Sugars and attracted mass people and strengthened Shiv Sena in both the rural and urban localities. #KhabarLive

Is This A ‘Foot-In-Mouth Syndrome’ Of AIMIM Leader Akbaruddin Owaisi Calls...

Is There A Hidden Agenda Behind The Pawan Kalyan’s JFFC Report?