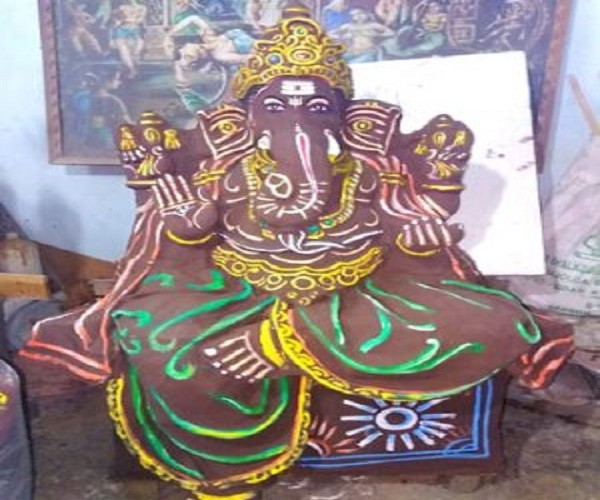 In an age when more than one Ganesh pandal in a street is not an uncommon sight during Ganesh Chathurthi festivities, the youth from two villages in Medak district are setting a right example to promote unity among various sections of the society.

Making Ganesh festival as the occasion, six youth organisations in Malkapur village in Toopran mandal of Medak have come forward under one banner called ‘Make in Malkapur’. They have made a decision to celebrate the festival by setting up only one Ganesh pandal in the village instead of usual six to seven pandals.

“We want to send a message of unity through this initiative, now all the people of the village can celebrate the festival at one place,” says Battakadi Ramesh, a member of Make in Malkapur.

This village which was a naxal bastion earlier transformed into a model village with the efforts of the then Medak District Collector Ronald Rose and through the support of youth organisations. “Our village is already a model village, with this decision, we intend to set another example,” adds Ramesh. The one and only pandal to be setup in the village will have a clay idol, batting for eco-friendly celebration.

Inspired by this step, the youth in the neighbouring Konaipally (PB) village which was earlier a part of Malkapur gram panchayat, formed ‘Swachh Haritha Konaipally Vinayaka Seva Samithi’. All the youth groups in the village made one of their members as representatives in the new samithi to look after festival celebrations in the village, which too will have only one pandal.

ALSO READ:  Hayathnagar: An Area Lost In Time Of Hyderabad

“We are striving to make Konaipally a model village with such steps and programs like 365 days Swachh Bharat,” says Jangam Bhanu Chander of Konaipally village which even has a ban on alcohol. #KhabarLive

‘Khaan Paan Dhukan’ Of Sankalp To ‘Educate A Girl – Educate...

Why Politicians And Bureaucrats Forget SC Guidelines Not To Disclose Identity...