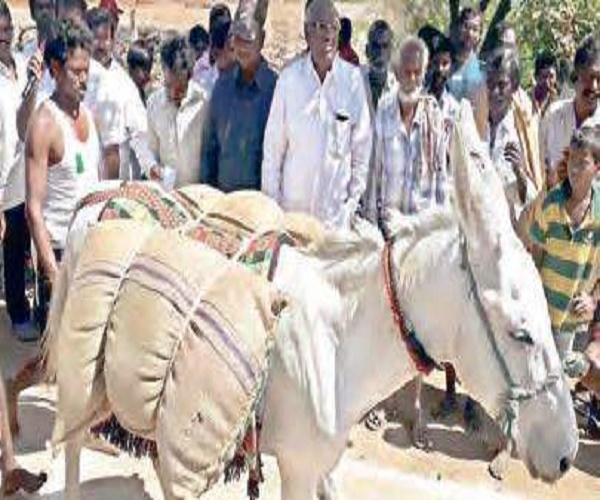 Many people attracted on aunique ‘Donkey Race’ organized by the committee members of Jambula Parameshwari Temple in Nandyal town of Kurnool district have become talk of the town.

This event is organising during Jambula Parameswari Jathara for the past six years. The animals are made to carry sand sacks weighing a back-breaking 150 kg and run across two poles for ten minutes.

The equine that clocks the maximum number of laps is declared the winner and will earn its owner Rs 15,000. The first and second runners up will take home Rs 10,000 and Rs 5,000 respectively.

The Better Medicare, KCR Kits For ‘Mother&Child’ Fetch 250 Registrations And...

Enjoy The Royal Taste Of Secret Nizami Cuisine In ‘Khassa’ Of...

Hyderabad Top Cop ‘Anjani Kumar’, A Gentleman With A Vision And...