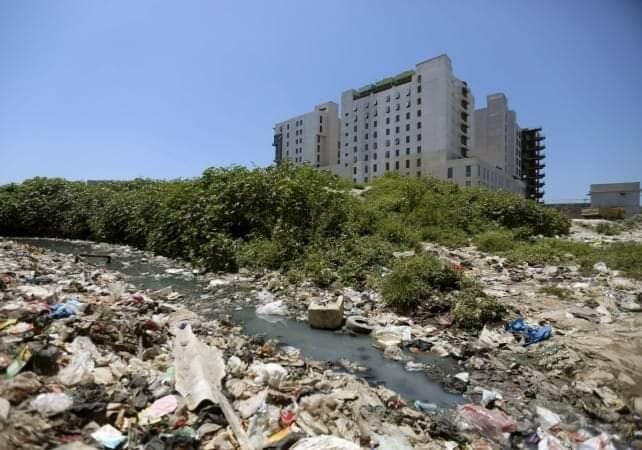 Improper or untreated bio medical waste spreading into a major epidemic is waiting to happen. As it turns out, there are around 1,500 health care facilities that are located in the city and almost 500 of them have no proper authorization for a proper disposal of waste.

The Forum for Good Governance (FGG), which had filed an RTI with the Pollution Control Board (PCB), says that the latter has not supervised or controlled the activities in hospitals.

“The hospitals need to employ a scientific approach for disposing the waste. There are 4,200 such hospitals with a bed capacity of 1.02 lakh across the State. In the city, these hospitals are dumping waste along with the municipal waste,” M. Padmanabha Reddy, secretary of FGG, said.

He added that PCB must take stringent action against all violators, whose neglect has the potential to create a major health hazard.

“Currently, the PCB is limiting itself to issuing notices to these hospitals, which is like a slap on the wrist,” observed Reddy.

The epidemic is not just limited to human health but also that of the environment, as tanks and water bodies in the city are used to wash blood-stained towels, bedspreads, among others.

“The contamination of the hospital waste and general garbage are getting mixed with soil and putting public health at risk,” he added.

While the PCB has put 11 common BMW treatment and disposal facilities, their working was not systematic, he alleged. Incidentally, although the Forum has written to the Chief Secretary, no action has been taken in this regard.

“We have urged the Governor to take action on a war-footing to ensure that the waste treatment plants begin functioning,” said Reddy.

Earlier, a petition was filed by the secretary of Forum For Good Governance (FGG) M Padmanabha Reddy. In response to an RTI petition, the Telangana State Pollution Control Board (PCB) has revealed that a number of healthcare facilities (HCF) in and around Hyderabad continue to remain operational without the authorization under the Bio-Medical Waste Management (BMW) Rules, 2016, despite being issued notices earlier.

In the petition filed by the secretary of Forum For Good Governance (FGG) M Padmanabha Reddy, the board revealed that there exist about 4200 HCFs in the state with a bed strength of 1.02 lakh. About 1500 HCFs are located in Hyderabad and surrounding areas. Of these, 350 HCFs are operating without taking authorization under the BMW management rules.

The board also said that 11 common BMW treatment and disposal plants are approved and available in the state but their working non- systematic and ineffective.

Speaking to #KhabarLive, petitioner M Padmanabha Reddy said the matter is very serious but not being discussed as much as required. “In the hospital, the biomedical wastes are mixed with municipal solid wastes. Though there are clear rules from the government of India that it should be separated at the source itself and sent to treatment plants, it is not being followed,” he added.

The FGG submitted a representation to Governor Tamilisai Soundararajan seeking her intervention. “Most of the tanks and water bodies in Hyderabad are being used to wash the blood-stained towels, bedsheets, etc, from hospitals, leading to the spreading of harmful germs. In many hospitals, bio-medical waste is mixed with municipal solid waste increasing the chances of spreading diseases and contamination of soil and water, thus putting health to grave danger. Considering the gravity of the situation, a representation was made to the chief secretary, government of Telangana, for taking immediate action, but no action has been taken,” the representation read.

They have appealed the Governor to direct the state government to take immediate action by constituting special teams and see HCFs work under proper authorization and strictly follow the rules.

To enforce scientific disposal of the bio-medical waste, the central government had bought in the Bio-Medical Waste (management and handling) Rules in 1998.

Under this, all HCFs are required to apply to the pollution control board and take authorization in handling the disposing of the bio-medical waste as per rules. Operating HCFs without authorization is an offense. Scientific management of BMW is required to protect public health and the environment against adverse effects due to careless handling and improper disposal of such waste.

Bio-medical waste should be properly segregated, packed in containers, and transported to treatment plants. No untreated BMW shall be mixed with other wastes. It should be segregated into containers and properly labelled. To ensure proper treatment and disposal of liquid waste, sewerage treatment plants (STPs) should be established by each of the HCFs. #KhabarLive