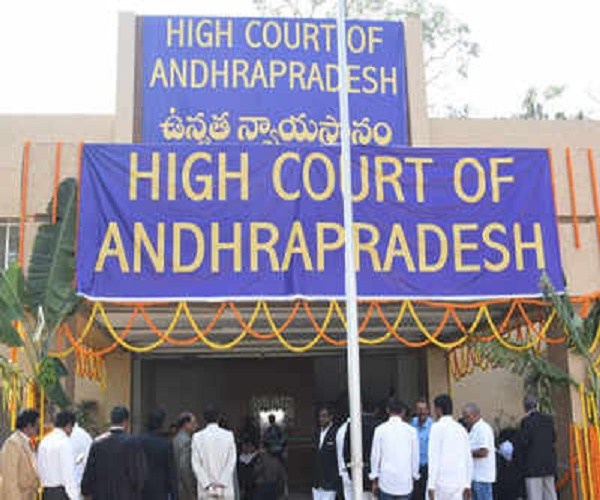 It was an out-of-the-blue Presidential order that announced the formation of the Andhra Pradesh High Court on January 1, 2019. This gave High Court lawyers from both the Telugu states very little time to prepare and set their affairs in order before the court was shifted out of Hyderabad to Amaravati in Andhra Pradesh.

Close to five months after the new court began operations, the law sector in the two Telugu states is witnessing an adverse change economically and even more so at a personal level. All the HC lawyers #KhabarLive spoke to said the sudden decision to bifurcate the Hyderabad High Court resulted in delayed hearings of all cases related to the Andhra Pradesh High Court. This because many past criminal and civil cases were yet to transferred from Telangana to the AP High Court.

The National Company Law Tribunal that hears company related cases of Telangana still hears cases related to Andhra Pradesh. The bifurcation remains incomplete until Andhra Pradesh gets its own NCLT, opined a few.

Justice delayed, justice denied
Jayaram Reddy, a High Court lawyer from the AP High Court, told #KhabarLive, “From January to April, only a few fresh cases have been heard in the Andhra Pradesh HC at Amaravati. Only a few files have been transferred from Hyderabad. A vast majority of the cases were transferred only in the first week of May. In cases where an urgent order is needed, the order gets delayed as the case would not have been transferred yet. This affects clients directly.”

The Andhra Pradesh High Court initially functioned out of Hyderabad as both the states share the same capital until 2024. After the Presidential order, the court shifted to temporary premises within the Andhra Pradesh Chief Minister’s camp office. It was only in February that the HC began functioning from its present two-storied building located in Nelapadu in the Amaravati region.

“The infrastructure in Amaravati is not up to the mark,” said Pavan Kumar Duvva, founder of Hyderabad-based law firm The Law Chambers. “It took a long time to shift files and until that process was complete there was a lag in the whole judicial process in the AP High Court. Our clients had certain urgencies, but the Telangana court was not willing to hear matters related to Andhra as there is now a new a court in AP.”

Some days in a week, Pavan has to attend court hearings in both the states on the same day. “Now if I’m an HC lawyer who needs to argue a criminal case in Vijayawada, a civil case in Amaravati and a company related case in Hyderabad on the same day, how is it humanly possible to attend all three? This has a direct impact on our clients.”

Court building unfinished
The new premises, consisting of a building with 2.70 lakh sq ft office space and costing Rs 150 crore, has 16 court halls, 12 of them on the first floor. But those working there say there are no chairs for even the clerks to sit on in the halls. In the recent rains, the temporary tent arrangements made for the lawyers’ clerks and the canteen blew off in the winds.

The AP High Court lawyers say they often find themselves working on the floor of the court corridors. “A lot of the interior work is still going on, there is no canteen within the court premises yet nor any restaurants nearby, the area is very remote and yet to be developed,” says Jayaram, who like many others commutes by car to Vijayawada on Monday morning and returns to Hyderabad on Friday evening.

“For the first 1.5 months, I stayed in hotels but it proved to be expensive. As the order came in January, in the middle of the school academic year, it was not possible to find schools for children. Many lawyers have been unable to shift their families and have to now commute between the two states,” he added.

The revenue loss
But what worries the lawyers most is the prospect of loss of revenue. “Most High Court lawyers from the two Telugu states built their careers in Hyderabad, but their flow of civil court litigation came from the districts courts in AP. They were thriving on those appeals coming to them from AP. Now the HC is in Amaravati and those cases from the districts are going there,” explained Pavan.

For lawyers who are not associated with any firm and hold their own practice, there has been a dip in the number of cases coming to them. “If earlier I was filing 10 cases, now I’m filing only 5. Before bifurcation, in Hyderabad we used to get cases from both states but now we get cases only from Andhra Pradesh. Even High Court lawyers from Telangana have lost access to cases from Andhra. This has had a direct impact on our revenues,” said Jayaram.

While the bifurcation has forced many High Court lawyers who had established themselves in Hyderabad to migrate back to their hometowns, some are yet to take a call. They are waiting to find out who will win the state elections in Andhra Pradesh.

“AP Chief Minister Chandrababu Naidu wants the High Court to be at Amaravati and his opposition led by Jagan of the YSRCP wants to have the court somewhere else. Considering that many lawyers have already shifted to Amaravati, suddenly if Jagan decides to relook at the issue it could mean a paradigm shift. The uncertainty is such that many lawyers have not made any investments or shifted to Andhra as of yet,” Pavan added.

The lawyers are aware that there is no easy solution and that they have to wait for the sector to realign itself in the coming months. “There are positives, more delegation of work, more lawyers are getting cases and making their careers, but it is difficult for the preferred lawyer to be at every place for his client. Nowadays if you see the morning commuters at Hyderabad airport, 80% of them will be HC lawyers going to Vijayawada to argue cases. Earlier we would say ‘see you at court’ as a joke, now we say ‘see you at the airport’,” Pavan shared.

At present, an estimated 14 to 15 High court lawyers are said to be commuting almost daily between Hyderabad and Vijayawada, with the bill being paid for by their clients.

“We are expecting the Andhra High Court to resume work normally again from June 3, when they reopen after vacation. I hope the interiors and construction work gets done by then,” Jayaram said hopefully. #KhabarLive

Do You Know What Is ‘Proxy Voting’ In ‘Democracy’ For Non-Resident...