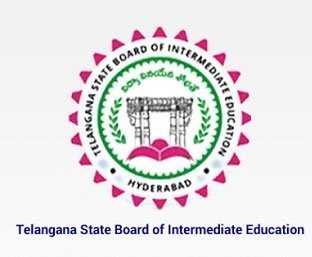 This came to light in a corporate colleges in the city where hundreds of students despite appearing for the exams were marked ‘absent’ in the marks section.

A day after the Telangana State Board of Intermediate Examination (TSBIE) declared the results, complaints galore at the TSBIE office. Students alleged that it had made several errors in the provisional marksheets by marking them ‘absent’ or ‘fail’ though they had cleared the exams.

Hundreds of students were in for a rude shock with their Intermediate Public Examinations (IPE) 2019 results, courtesy a goof up by the Board of Intermediate Education. Some of the students who appeared for the exam were marked ‘A’ (Absent) in the marks section while the result appeared as ‘P’ (Pass). This was witnessed against the subjects English, Sanskrit and Mathematics listed in the mark sheet and in some cases, students were marked ‘absent’ in all the subjects in the first year exams despite appearing for the same.

Besides these blunders, the TSBIE is also accused of printing the wrong subject name on the students’ marksheets. According to a report, at least 150 students received marksheets ridden with errors, which have been brought to the notice of the TSBIE.

ALSO READ:  Where Is AP CM Naidu When AP Shuts Down?

This came to light in a corporate college in the city where hundreds of students despite appearing for the exams were marked ‘absent’ in the marks section. For instance, a student who scored over 830 marks in aggregate including 91 in English in the first year was shocked to be marked ‘absent’ in the same subject in the second year.

Ashok Kumar, academic dean of Narayana Group, told #KhabarLive, “There is an infinite number of mistakes in the provisional marksheets. Starting with the wrong spelling of the subject to printing the wrong combination of subjects and marking wrong attendance, the board has made several mistakes and students are facing the brunt of it.”

The Narayana Group is planning to conduct an internal inquiry to find out how so many students received marksheets with errors, and flag it to the officials concerned.

ALSO READ:  Chandrababu Naidu 'Dumped Modi And NDA', Can He Get The 'Status' TO AP Is The 'Big Question'?

B Varshith Reddy, a class topper with 460 marks in the first year, was marked ‘Absent and Fail’ (AF) in English, and ‘Absent and Pass’ (AP) in Sanskrit in his second-year results, while he had appeared for both the exams.

Varshith’s father, Mahender Reddy told #KhabarLive, “How can these mistakes occur? On one side, sensitive students are taking their lives as soon as they see ‘fail’ in the mark list, and on the other hand, the board is saying that it’s a mistake. How is it justified if anything happens because of their ‘mistake’?”

Admitting the failure, TSBIE secretary A Ashok told #KhabarLive, “In two cases, the chief superintendent failed to send the blank barcodes and that is the reason why the subject marks are not reflected on the provisional memo; instead it was printed as ‘absent and fail’. In another case, the hall ticket of the candidate was not sent and the result was again printed as ‘absent and fail’. We have asked the respective examination centre to send the necessary details. The mistakes will be rectified in the marksheets, which will be sent to their respective colleges.”

ALSO READ:  The Narrative of Modi’s New India: 'Hindus are in Danger'!

Meanwhile, the BIE in a press release said as the chief superintendent of the exam centre did not submit blank barcode, the marks were not awarded to two students — Sai Kiran and M Pranayvas bearing hall ticket number 1959240335 and 1959249896 — respectively. After collecting details from the centre concerned, the marks were awarded to them in English and Sanskrit and were sent to their colleges.

The BIE said that chief superintendent of the exam centre had given incorrect hall ticket number on the blank bar code for a student B Varshith Reddy (HT no.1959248716). Details were collected from the exam centre and marks awarded to him. The Board claimed that the IPE were conducted in a transparent and error-free manner. It appealed to the students and parents not to panic and advised them to contact the help desk (040-24600110) or visit www.bie.telangana.gov.in for any information. #KhabarLive