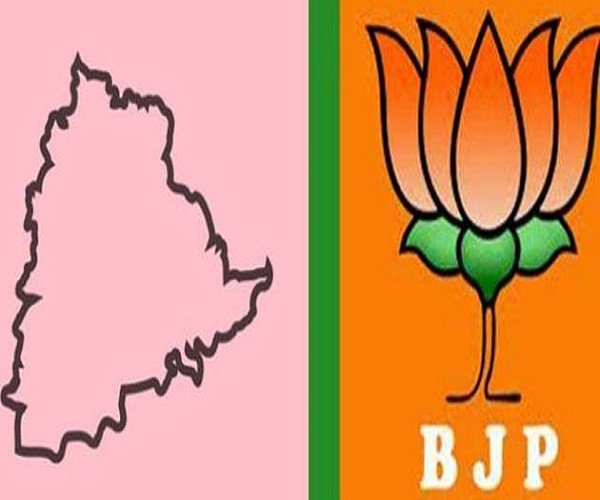 The BJP seems to be fast emerging as the refuge of all those leaders who have failed to get tickets in their respective parties. Already, comedian Babu Mohan, who has been denied a ticket by the TRS, has joined the BJP. Similarly, another TRS leader Banotu Devilal has also joined the BJP on Saturday at Mulugu. Another leader from the TRS too is looking towards the BJP.

ALSO READ:  What’s Behind The Delay In 'HiTec City Metro' Clearance In Hyderabad?

But, Rajendra Nagar constituency is hot property this time. BJP senior leader Baddam Balreddy, state general secretary Dr Prem Raj and several others are eyeing this seat. So, even if Srisailam Reddy joins the BJP, can he get the party ticket? Let’s wait and see how things shape up. #KhabarLive

Is Telangana CM KCR Making A ‘Smooth Path’ For His Son...

Is This A ‘Foot-In-Mouth Syndrome’ Of AIMIM Leader Akbaruddin Owaisi Calls...

How KCR Make Friendship With AIMIM And BJP Simultaneously?