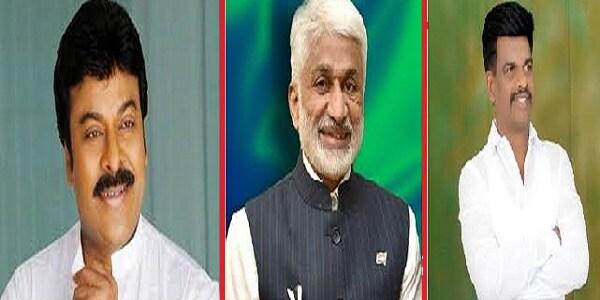 In a surprise move, the Telugu Megastar Chiranjeevi, YSRC senior leader Vijaysai Reddy and Gorantla Madhav are likely to get into Narendra Modi cabinet soon, if speculations doing rounds in political circles are to be believed.

According to these speculations, Chiranjeevi is likely to make a re-entry into politics through YSR Congress party. He is understood to have accepted the invitation of YSRC president and Andhra Pradesh chief minister Y S Jagan Mohan Reddy to join the ruling party.

The offer from Jagan came during the meeting with Chiranjeevi at the former’s Tadepalli residence on October 14 after the release of the megastar’s film Sye Raa. Apparently, Chiranjeevi wanted some time to think about it and finally conveyed his acceptance.

Meanwhile, Jagan’s meeting with Prime Minister Narendra Modi on various issues and possibility to join the NDA with conditional inductions of three .

Apparently, Modi is planning to invite the YSRC into NDA to strengthen the Centre. He is likely to offer three cabinet berths to the YSRC in the NDA in the ensuing reshuffle.

In all probability, Jagan might accept the invitation, subject to fulfilment of certain conditions. He may ask for a special package and other financial benefits to the states, besides certain personal obligations.

Sources said Jagan might recommend the names of three leaders for the NDA cabinet. While his close aide and parliamentary party leader V Vijay Sai Reddy is an obvious choice for the cabinet rank posts, the YSRC chief might propose the names of Chiranjeevi and Hindupur MP Gorantla Madhav for the posts of ministers of state in the NDA cabinet, sources said. #KhabarLive