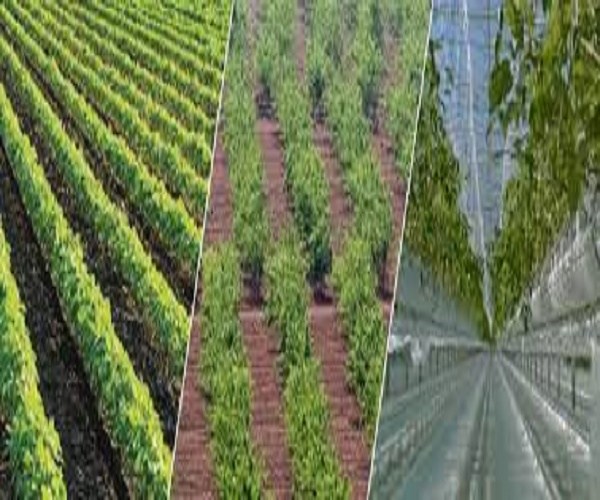 The concept of ‘per drop more crop’ promoted by the State government, and partly supported by the Centre, is fast catching up in the State, and is yielding results that are unparalleled in the country in terms of overall savings in the farm sector.

NABCONS, a subsidiary of NABARD, that shouldered the task of third party verification and impact assessment of the project, has stated that State farmers who took to micro irrigation witnessed net savings of Rs 9,455.4 crore by adopting drip and sprinkler irrigation, covering an area of 1,48,194 hectares.

The net savings of the farmers included 25.54 tmc of water that translates into savings of Rs 7,235 crore (at the rate of 10 paisa per litre). The project has yielded additional income of Rs 2,143.7 crore to the farmers. The net savings on power consumption was put at 1,703.78 lakh units worth Rs 76.67 crore. The farmers could save another Rs 94 crore on the labour component, Commissioner of Horticulture L Venkatram Reddy told #KhabarLive.

He said that farmers, egged on by the success of the project, are increasingly taking to drip irrigation. A big shift to drip and sprinkler irrigation is in the offing in the State. This is in fact the need of the hour and the government has also been giving due encouragement to efforts being made for bringing more area under the cover of micro irrigation.

Quoting NABCONS, he said that the success story of Telangana is unique and it has no parallel anywhere in India. The success is mainly due to the awareness levels among farmers on the savings potential by switching over to drip or sprinkler irrigation. Certain administrative changes effected in the implementation of the project after Telangana attained statehood played a critical role in reaping rich dividends.

Reddy said that following the success of micro irrigation, about 1.5 lakh more farmers are keen on switching over to this method of cultivation from the conventional system of irrigation, covering an additional two lakh acre. They have submitted their applications through e-Seva centres. The Centre bears only 23 per cent of the subsidy component of 45 per cent while the State has to bear the rest, which is a huge burden on the State exchequer.

When it comes to yields, in case of maize, the farmer gets at least 40 to 45 quintals under micro irrigation, against 15 to 20 quintals per acre under the conventional system. Because of the good grain quality assured with micro irrigation, the produce fetches a price of Rs 1,900 to Rs 2,100 per quintal, against Rs 1,300 to Rs 1,400 offered for the harvest under conventional pattern of irrigation, he said.

Turmeric crop has to be given water every alternate day for a period of six months under conventional irrigation system. The labour component alone involves Rs 70,000 per acre. It will be saved totally with drip system. The benefits are almost proportionate or even more in the case of chilli, cotton and other crops. The government implemented the project with an outlay of Rs 874 crore last year. Under the present system, the focus is mainly on piped system of irrigation.

The ‘High Stench’ From Hussainsagar Lake Rises As ‘Summer Grows’ In...

A Peep Inside ‘Omkar Lion School For Hearing Impared’ At Vishakhapatnam...