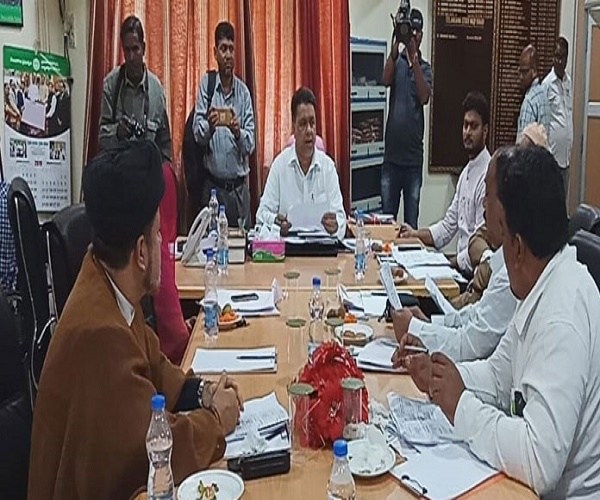 In a surprise move, the Modi government is trying to crack down on the K. Chandrasekhar Rao TRS government in waqf matters and reported irregularities. A three-member Committee of the Central Wakf Council consisting of Rayees Khan Pathan, Naushad Ali and Waseem Rahat Ali Khan visited the Telangana State Wakf Council and interacted with the Chairman, CEO and officials on core issues.

Some officials of the board strongly believe the Centre was aiming to kill two birds with one stone. By initiating a CBI inquiry into allegations against the Mutawalli of Dargah Shah Khamoosh, the Modi government plans to embarrass the TRS and AIMIM as the Mutawalli of the said Dargah, Syed Akbar Nizamuddin, is associated with the AIMIM.

It is learnt that at the instance of the Centre, the Wakf Council is contemplating initiating a CBI inquiry on the role of the Telangana state government for having allowed a damage of about `2,000 crore worth of wakf properties attached to the Dargah Shah Khamoosh by exercising authority as a feudal lord in violation of the Wakf Act and principles of natural justice, citing a report submitted by a former member of the Central Wakf Council.

The matter of Dargah Shah Khamoosh is a unique case of daredevilry of alienating of 847 acres of waqf property none other than by its custodian. The present Mutawalli of the Dargah became a member of the Wakf Board although an inquiry against him was pending.

One M.K. Hassan had filed a complaint against Akbar Nizamuddin, the delinquent Mutawalli of Dargah Hazrath Shah Khamoosh and another Dargah, levelling allegations of omission and commission, misappropriation, breach of trust, inducement, cheating, wrongful misconduct, wrongful gain for himself and wrongful loss to the Wakf board on the basis of certain public documents wherein it appeared that the delinquent had appointed GPAs and sold 121.17 guntas of Wakf land in Sy. No. 373,375, 376,378, and 386 of Maqta khanajiguda.

ALSO READ:  Is Really, The NIA Is A Caged, Blind And Deaf Parrot In 'Mecca Masjid Case Verdict'?

Based on the complaint, the Wakf Board constituted an inquiry against the Mutawalli and lodged a criminal complaint as well, but the inquiry officer gave a clean chit to the Mutawalli in his findings overlooking the documentary evidence. The Board rejected the findings after taking a legal opinion and issued a show cause notice to the Mutawalli for his removal.

The Mutawalli moved the High Court, to stay action on the show cause notice. But the High Court declined to stay the action, However, it directed the Wakf Board to give the Mutawalli due opportunity before any action was taken.

Meanwhile the reins of the government changed and the new government kept the proceedings under the wraps.

Lastly, he was reinstated in November 2016 though without financial powers, appointing the Joint Collector Ranga Reddy District as the Inquiry Officer in February 2017, but this inquiry has not been initiated so far. Meanwhile, the Police closed the FIR 110/14 of CCS Hyderabad against the Mutawalli citing no response from the complainant Waqf Board.

On constitution of the new Board, this Mutawalli was made a member of the Board against the Waqf Act, it was alleged in the report submitted by the former member of Council.

Apart from this case, Council members interacted with the officials of the Board on other issues related to Dargah Hzt. Hussain Shah Wali, instances of fake NOCs, reasons and results of the closure of the Waqf Board in November 2017 on the orders of the Chief Minister of Telangana and status of Court cases pending before various courts. #KhabarLive