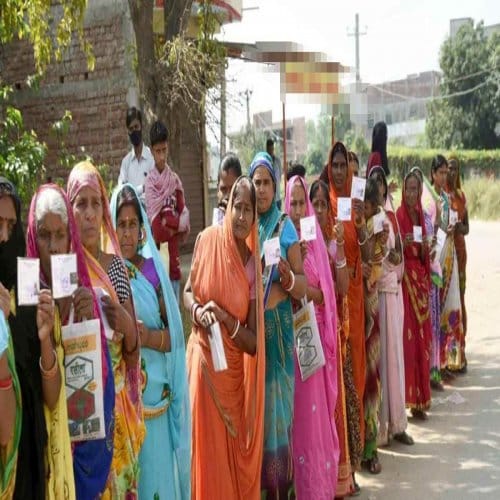 55 / 100
Powered by Rank Math SEO
Inactive bank accounts under the Pradhan Mantri Jan Dhan Yojana (PMJDY), together with a lack of information on current operational status, have been one of the main reasons for several women being unable to access cash relief announced post-lockdown, a recent survey has found.
The rapid survey of 12,588 women Jan Dhan account holders across 13 states in India found that at least 16 percent of women reported their Jan Dhan accounts were either not operational, or that they were unsure about the status of their account.
Out of those who had Jan Dhan accounts, 66 percent said the money was credited; 20.8 percent claimed they did not receive any cash transfer at the time of the survey; 13.1 percent were clueless about the information on whether any amount has been credited.
The survey was conducted by the National Coalition of Civil Society Organisations, along with Oxfam India, over a span of two weeks between April 28 and May 12, 2020. A majority of the respondents were from rural areas or were laborers.
The 13 states surveyed were — Andhra Pradesh, Assam, Bihar, Chhattisgarh, Jharkhand, Madhya Pradesh, Maharashtra, Odisha, Puducherry, Tamil Nadu, Telangana, Uttar Pradesh, and Uttarakhand.
Under the COVID-19 relief package, Union Finance Minister Nirmala Sitharaman had announced that all women account holders under PMJDY would receive cash transfers of Rs 500 every month for April, May, and June 2020.
India has approximately 390 million Jan Dhan account holders, out of which around 54 percent are held by women.
A state-wise analysis showed that Tamil Nadu had the highest number (27.9 percent) of women with inactive accounts.
In Telangana, 40.2 percent of women surveyed had no idea regarding the operational status of their accounts. “Due to lack of awareness, it is unlikely that the surveyed women will be able to avail the benefit of this cash transfer (even if it has hit their accounts). This implies they will be effectively filtered out of the social security safety net,” the report said.
The situation in Telangana, however, was worrisome even for those who had operational accounts — none of the surveyed women had received the cash transfer. The situation among the surveyed women in and Bihar and Andhra Pradesh was equally bad.
In Bihar, 40.8 percent of women surveyed said they didn’t receive the relief amount; the figure was 31.7 percent in Andhra Pradesh.
“The reasons these account holders have missed the need to be identified and the transfer be made at the earliest,” the report added.
“Many have been denied this meager support due to the ‘inoperative’ status of bank accounts. When Jan Dhan accounts were launched, many people already had an existing bank account. But they opened a Jan Dhan account in anticipation of receiving some benefits from the government. However, people continued using their non-Jan Dhan account,” said Ranu Bhogal, director, policy, research, and campaigns at Oxfam India.
Overall, as of the second week of May, 21 per cent surveyed women were yet to receive their first instalment due in April 2020.
Of the women who reported that money was credited in their Jan Dhan accounts, 42.1 percent had to go to the bank branch to know whether they received the promised cash. “Given the strict lockdown imposed in the entire country, one can only imagine the distress of these women trying to reach the bank branches,” the report said.
About 20 per cent of surveyed women were not being able to withdraw the received money due to many reasons, including lockdown restrictions. The overall withdrawal status, however, was satisfactory.
About 53.8 percent of women who could not withdraw the amount, said it was because they could not reach their banks due to the lockdown. Another 22.3 percent revealed that the fear of the SARS-CoV-2 virus restricted them from reaching out to the banks.
The survey recommended that given the crisis-like situation, authorities should consider handing over the cash to all women whose accounts are inactive. “The local panchayat and block administration can facilitate this,” it said.
It also recommended that banks must ensure information regarding cash credited into the Jan Dhan accounts is conveyed to the account holder through mobile messages. #KhabarLive #hydnews
ALSO READ:  Hyderabad's 'Karachi Bakery' Is The Name Of A Little Memory That Survived Partition