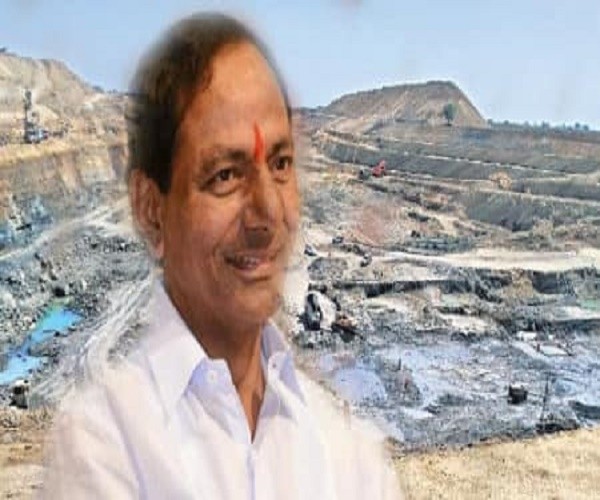 Governor E.S.L. Narsimhan visited the site on January 21, and described it as “amazing and unprecedented”. He was so impressed that he even said, “…Now, after seeing the project, I want to call him (Chief Minister K. Chandrasekhar Rao) Kaleshwaram Chandrasekhar Rao.” He wanted the work completed in six months.

Recently, irrigation minister T. Harish Rao declared that the project would be completed in 2022 and Phase 1 would be partly operational in August.

However, almost on a weekly basis, the figures pertaining to the project are changing — about the acreage of irrigation, the cost, the intended benefits, its size and shape.

The project
As per the Detailed Project Report (DPR), the objective of the Kaleshwaram project is to:

Close to 200 tmc ft of water is going to be pumped in several stages, transported through canals and tunnels. In order to do so, several barrages, pumping stations and storage dams will be constructed.

The cost
The project is estimated to cost about Rs 80,000 crore. This figure, as expected, is increasing by the day. This figure is only for Phase I, and no one knows what the additional cost for Phase II will be. No irrigation project in the country has ever been completed on time and within the estimated cost.

The annual operations and maintenance (O&M) cost, according to the DPR, will be Rs 13,923 crore. This includes interest, electricity costs, annual maintenance charges, depreciation of the equipment etc. Again, in the real world, these maintenance costs are always much higher than indicated in the DPR.

The benefits
The benefits from the project are estimated be Rs 21,000 crore every year which includes the agriculture component — crops worth Rs 12,730 crore. The rest of the amount will be raised by collecting water charges from domestic and industrial users. It is not clear who will pay for the water and how the money will be collected.

The benefits from crops are computed based on three assumptions:

The DPR provides the projected benefits of each crop per acre. The net benefits from each crop after removing the cost of cultivation has been mentioned, and the current benefit of that crop has been given brackets.

The ‘hot’ question
Look at the details. The chilli crop alone is expected to get Rs 4,500 crore annually. The projected yield increase for chilli is from 200 kg per acre to 2,000 kg per acre, or by ten-fold. Farmers are shown to get a benefit of Rs 1.56 lakh per acre of chilli cultivation from the current level of Rs 12,000. This is an increase of 1,300 per cent or 13 times.

The area under chilli in the entire state now is about 80,000 hectares (1.96 lakh acres) and the production is 2.27 lakh tonnes. As per the DPR, the area under Kaleshwaram lift irrigation project will produce 52 lakh tonnes of chilli at an average yield of 4.5 tonne per hectare. Consequently, the increase in production is estimated to be 20 times the current figure in the state.

Normally when production of chillies increases by 20 per cent more than the average of the previous year, the prices fall precipitously with no buyers in the market. This was the case last year, when farmers in their frustration burnt the produce. What would be the market response if chillies are produced 20 times more than the current level?

The actual cost
The yield increase and profit margins in the DPR are totally false. This is a joke and mockery of preparing DPRs. There is no credibility for such DPRs, they are cooked up to show that the project benefits the farmers and the state. This is a ritual.

The state government will spend Rs 53,000 per acre every year towards operation and maintenance (O&M) costs of the Kaleshwaram project, while farmers at best may get a benefit of Rs 15,000 per acre. Under any cropping pattern, with any production increase, farmers will not get even one-third of the O&M costs as net benefit after removing the cultivation costs.

In addition to this, the Kaleshwaram project will displace at least 30,000 people in 19 villages. Further, it will affect land of about 1 lakh acres (40,015 hectares). Considering all other costs, this project will be a major burden on the people of the state and farmers for generations to come. The social ecological costs are not even included in the project.

The way forward
The Telangana state government needs to have clarity on some very basic questions:

What would be the total cost of Phase I of the Kaleshwaram project by the time it is completed?

When will Phase 1 be completed?

When it is completed, what would be the annual maintenance cost?

How much will the state government spend on each acre for providing water for irrigation?

What would farmers actually get from growing crops with such expensive water?
How will the government recover cost by selling water to industry and domestic users to the tune of Rs 6,000 crore annually?

Now that project has started and a lot of money is being spent, what can be done?
This is typical of irrigation projects. It is a sunken cost fallacy. A lot can still be done to avoid huge costs, by referring the designs to independent experts and incorporating changes. That will save money and avoid huge O&M costs.

The project, as presented in the DPR, will take decades to complete, with a several-fold cost escalation which will plunge the state into a massive debt. Two reports with specific suggestions have been released http://tjaconline.org/documents in November 2018.

The state government can take a serious look at those reports and constitute an independent review of costs, benefits and technical specifications. It is possible to significantly reduce the costs and improve the benefits to farmers provided the government is willing to engage in a serious discussion about the massive project. #KhabarLive

‘Gram Nyayalayas’ In Telangana – A Boon For Villagers For ‘Quick’...

Why Demand For ‘Special Category Status’ For Andhra Pradesh Is Resonating...