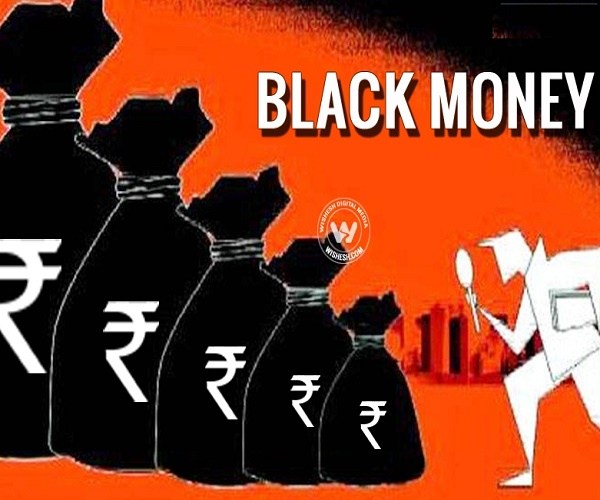 The Modi’s govt’s demonetisation gambit has only caused pain, not profit, shows a close reading of the RTI response and other information. Earlier this week, an RTI reply revealed that Reserve Bank of India (RBI) board members were not convinced that demonetisation would be an effective step to curb black money in India. Disregarding these doubts, the Narendra Modi-led government went ahead with the move anyway.

Not just that, over the past two years, the finance ministry has made repeated claims regarding the progress made in retrieving black money through ‘Operation Clean Money’, launched two months after the note ban announcement.

This author had submitted queries under the RTI Act, regarding the recovery of unaccounted wealth/black money, to the Directorate of Income Tax. In its response, the directorate provided the number of two kinds of PANs (Permanent Account Numbers): those that were identified for “online verification” of cash deposits since their “tax profiles were found to be inconsistent with the cash deposits made during the demonetization period” and those which were sent notices for not filing income-tax returns for the assessment year 2017-18.

However, the IT department was unable to state the amount of unaccounted money recovered from the bank accounts after such scrutiny. “As on date, various proceedings initiated under relevant sections of the Income-Tax Act in such cases are pending… details/statistics of unexplained cash detected and… amounts recovered… are not available…,” it said in response to the RTI.

A closer reading of the response along with other information available in the public domain establish three key points about the government’s ill-thought-out demonetisation gambit:

What did ‘Operation Clean Money’ achieve?
The finance ministry had launched this ‘operation’ in January 2017 after it became clear that almost all the proscribed currency notes would return to the banking system post-demonetisation. RBI had reported on 30 August 2017 that of the Rs 15.44 trillion worth of specified bank notes (SBNs) which were withdrawn on 8 November 2016, Rs 15.28 trillion (98.96%) had returned to the system by 30 June 2017. On the same day, the union finance ministry issued a statement titled ”Demonetization immensely beneficial to Indian Economy and People″, which had stated:

A significant portion of SBNs deposited could possibly be representing unexplained/black money. Accordingly, ‘Operation Clean Money’ was launched on 31st January 2017. Scrutiny of about 18 lakh accounts, prima facie, did not appear to be in line with their tax profile. These were identified and have been approached through email/sms. More than 9.27 lakh responses were received giving information on 13.33 lakh accounts involving cash deposits of around Rs.2.89 lakh crore. Advance data analytics tools were deployed which further identified 5.56 lakh new cases and about 1 lakh of those cases in which either partial or no response was received in the earlier phase.

This statement gave the impression of impending action against 6.56 lakh PAN holders in August 2017. Replying to starred question #19 in the Lok Sabha on 15 December 2017, finance minister Arun Jaitley had once again enumerated the following steps taken under ‘Operation Clean Money’.

According to the response to this author’s RTI queries, received on 28 February 2019, 23.48 lakh PANs were identified for online verification of cash deposits whose “tax profiles were found to be inconsistent with the cash deposits made during the demonetization period”. Out of this, 11.47 lakh PAN holders have submitted responses till 15 February 2019.

However, the IT department has been unable to state the amount of unaccounted money recovered from such bank accounts or PAN holders after such scrutiny. In its response, the IT department says that “as on date, various proceedings initiated under relevant sections of the Income-Tax Act in such cases are pending…details/statistics of unexplained cash detected and…amounts recovered… are not available…”

What seems to have changed between August and December 2017 and February 2019 are the number of PAN holders/accounts under scrutiny and the number of notices being sent and responses received. In terms of actual recovery of black money, the IT department has no concrete results to show.

Jan Dhan Yojana deposits
In response to a specific query on whether notices were sent to any PMJDY account holder after December 2016, the IT department stated in its RTI response: “There is no flag received in the accounts reported to ITD which identifies with PMJDY.”

This is striking since the surge in the volume of deposits in the PMJDY accounts post-demonetisation had prompted the RBI to impose restrictions on withdrawals from such accounts on 29 November 2016. The RBI had stated:

With a view to protect the innocent farmers and rural account holders of PMJDY from activities of money launders and legal consequences under the Benami Property Transaction & Money Laundering laws, it has been decided to place certain limits, as a matter of precaution, on the operations in the PMJDY accounts funded through deposits of Specified Bank Notes (SBNs) after November 09, 2016.

A report published on 05 September 2018 stated that documents reviewed by it suggested cash totalling Rs 42,200 crore being deposited in 3.74 crore JDY accounts between 8 November 2016 and 30 December 2016. Suggesting that about 60% of the money was part of suspicious transactions, the report had quoted Finance Secretary Hasmukh Adhia as saying: “Prime facie, these deposits cannot be said to be illicit.

The response from the IT department to the RTI query on JDY accounts contradicts the claim made by the Union Finance Secretary that such accounts were under investigation by the CBDT. It now appears that despite the knowledge of large-scale money-laundering through the JDY deposits, the Modi government has simply let it go.

Income Tax Raids
In response to the RTI query on recovery of unaccounted money, the IT department has mentioned actions like ‘survey and search operations’ without providing any statistics for the same. Such data is available elsewhere. The Union Finance Ministry had stated in its statement on 30.08.2017:

In response to the starred question #19 in the Lok Sabha on 15.12.2017, the Finance Minister had provided the following figures;

In response to unstarred question # 2838 in the Lok Sabha on 28.12.2018 the Minister of State for Finance provided the following data on search and seizure operations by the IT department.

Search and seizure operations data from the previous years was provided in the affidavit filed by the central government in the Supreme Court in response to the petitions challenging the demonetisation decision in November 2016.

Once again, we find the Finance Ministry quoting different data at different points in time, which questions the credibility of the estimates. Going by the annual data on IT raids, the seizure of unaccounted wealth/assets rose from Rs. 1,437 crore in the two years before the demonetisation year (2014-16) to Rs 2,461 crore in 2016-18. This can hardly be considered as a significant increase, given the extent of black money that was estimated by official sources.

Moreover, this recovery of black money through IT raids could have happened without the shock of demonetisation, which inflicted pain on the majority of the population. A government serious about cleaning up the economy would have laid emphasis on overhauling the functioning of the IT department and enhancing its capacity to detect and retrieve black money. #KhabarLive

Does The Govt Really Need A New ‘Pesticides Management Bill’?