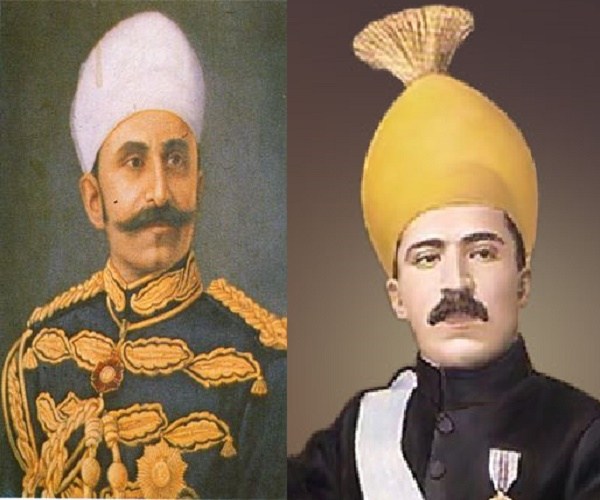 A poet first and a ruler next. He possessed the rare qualities of head and heart in abundant measure. That’s Maharaja Sir Kishen Pershad for you. He carried the love and fervour of shayeri of the sixth Nizam, Mir Mehboob Ali Khan and the seventh Nizam, Mir Osman Ali Khan, under whom he served twice as the Prime Minister. A childhood friend of the Nizam, he was conferred the title of ‘Yamin us Saltanat’ (right hand of the realm).

Pershad, who wrote under the thakallus ‘shad’, was always surrounded by a cluster of poets and writers. He appreciated and encouraged talent and was in touch with all big Urdu poets. Even a poet of the stature of Allama Iqbal was fond of Pershad’s scholarly pursuits and his pleasing disposition. Though he wrote in all genres of poetry, he stands out as a ghazal composer. Apart from the traditional ways of ghazal writing, Pershad also gave it a sufi touch. This is clearly borne out by these verses:

Pershad, who traces his roots to Raja Todar Mal, one of the ‘Navratnas’ of Mughal Emperor Akbar’s court, opened his eyes in a literary ambience. His parents paid a lot of attention to his early education and training. He benefitted from great scholars of his time like Meer Lutf Ali, Mirza Ali Baba Shirazi and Moulvi Syed Khaleel, and gained expertise in Urdu, Arabic, Persian, Sanskrit and English.

The poetry bug bit Pershad at an early age. And his canvas of shayeri grew wide with his age. When in the mood, he would write verses by the dozen in all genres – rubai, qasida, khita, nauha and salam. In the ghazal format, of course, he has left a rich treasure.

A study of his poetry shows that Pershad was a true ‘mohid’ (believer in the oneness of God) and justifies his attachment to ‘dair’ and ‘kaaba’ (temple and Kaba). True to his sufiana thinking, he remained detached from power and pelf. A proponent of Ganga-Jamuni tehzeeb, he loved to give away whatever he possessed.

As a poet, he was deeply influenced by Dagh Dehlvi so much so that it becomes difficult to differentiate whose verse it is. When the sixth Nizam appointed Dagh for correction of his poetry, Pershad too accepted him as his ustad. He also took guidance from Amir Minai and Jaleel Manakpuri. Sample these verses with distinct Dagh touch:

Pershad was guided by humanist ideals and he did not hesitate to take digs at the priestly class and self-righteous custodians of morality. See how he targets the shaikh in his inimitable style:

Apart from mystic and romantic poetry, Pershad gave vent to his feelings on the socio-politico situation prevailing in his time. Commenting on the political upheavals taking place in India during the second half of the 20th century, he wrote:

He was deeply moved by the communal riots taking place in the country. Being a poet, he turned to shayeri to express his anguish and pain:

However, to his fans and lovers, Pershad remains an enigma. Though a staunch Hindu, he looked every bit a Muslim in his thoughts and attire. He himself clarifies this riddle in one of his nazm, Prem Darpan, thus:

I am a Hindu, I am a Muslim
My faith reposes in every religion
Shad alone knows of his religious beliefs
As none but the free can fathom freedom #KhabarLive