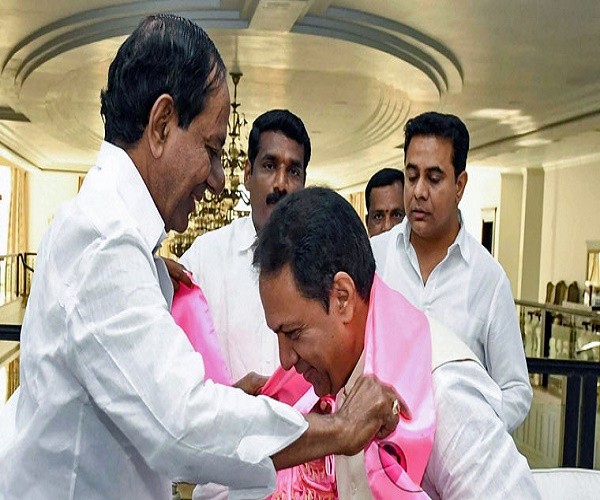 As Telangana inches closer to state elections, the ruling TRS (Telangana Rashtra Samithi) party and the main opposition, Congress and its allies will hope to get Muslim votes to capture power. The state, which was part of the erstwhile Nizam territory, has around 12% Muslim population.

Though they are concentrated in Hyderabad, Secunderabad and surrounding areas, the minorities are also in good numbers in districts like Nizamabad and Karimnagar. What makes the assessment of Muslim vote bank unpredictable and interesting this time around is the new-found friendships of the political parties in fray.

In the 2014 elections, it was thought that majority of Muslim voters supported and voted for TRS candidates, swinging the pink party’s vote share to their all time high of 34%. During that time, bosom friends for decades, Congress and MIM had parted ways. The MIM then moved closer to TRS and both gained from it. The MIM could retain all its seats, 7 assembly and one parliament.

This time, the scenario is different as the popular belief is that TRS and BJP have a secret pact.

“The TRS is going to lose as they will not get any Muslim vote. It is either Congress government or a hung Assembly in Telangana in 2018,” said Priyadarshini Siddhartha Reddy who has studied the poll trends in the state. “Muslims are known to vote en masse to one party and there is usually no split in the community’s vote. This time they are convinced that TRS is with BJP and they will form alliance before parliament elections. It is clear that they will vote for Congress. The MIM will not get affected as they will be able to win seats as per their expectations since Muslims still look at them as their party.”

According to him, TRS can only win the elections if they have a pre-poll alliance with the BJP as the saffron party’s vote share will more than compensate for this loss.

The TRS camp is confident that they will get the required support from the minority voters due to the goodwill they created with schemes like Shaadi Mubarak which offers financial assistance to Muslim brides.

ALSO READ:  The Enchanting Glory Of Golconda Fort In Hyderabad

Also, the party is hoping that BJP President Amit Shah’s visit to the state has changed this impression. Mr. Shah ruled out any tie-up with TRS and also criticised the Chief Minister K Chandrashekar Rao for his governance and politics.

The Congress, on the other hand, is looking forward to getting back their loyal vote bank even as they team up with the TDP, CPI and newly-launched Jana Samithi party.

The Congress will also expect to get a major chunk of Backward Classes (BC) votes, as TDP has time and again claimed the support of this section.

Traditionally, the Congress had a strong backing of Reddy community and Scheduled Castes (SC’s are around 17% of the population as per latest census). In the 1980’s, when TDP led by legendary actor NT Rama Rao rose to prominence, a concerted effort was made to empower BC’s and bing them to their side by granting reservation and also fielding more BC leaders in the elections. The efforts paid off and the backward section voters came to be considered as the backbone of TDP. Presently, Backward Classes are a conglomeration of around 110 castes and together they consist of 50% of the voters in Telangana.

“Telangana or Andhra Pradesh is very different from north India when it comes to BC voters,” said K Nageshwar, a political analyst and former MLC. “In UP and Bihar, there is a numerically dominant backward caste like the Yadavs because of which they have a vote bank. In Telangana, there no such strong vote banks. One can confidently say that the BC’s will not vote unitedly for one party.”

Whom the voter favours will be known only after the results but there is clarity on who will occupy the seat of power. If the TRS wins, it is most likely that K Chandreshekar Rao or someone from his family, who belong to Velama community (a forward caste which makes up for roughly 1% of the state’s population) will become the CM. If the Congress alliance wins, it is also highly likely that a leader from the Reddy community (another forward caste which comprises of 6% of state’s population) will get to govern the state. #KhabarLive

The Evolution Of ‘Rahul Gandhi’ – A Millennial Perspective

The Growth Of ‘AIMIM In Telangana’ Is A ‘Direct Threat’ To...

Why ‘Vemulaghat Village’ Of Siddipet District Protest Vows ‘Not To Vote’...