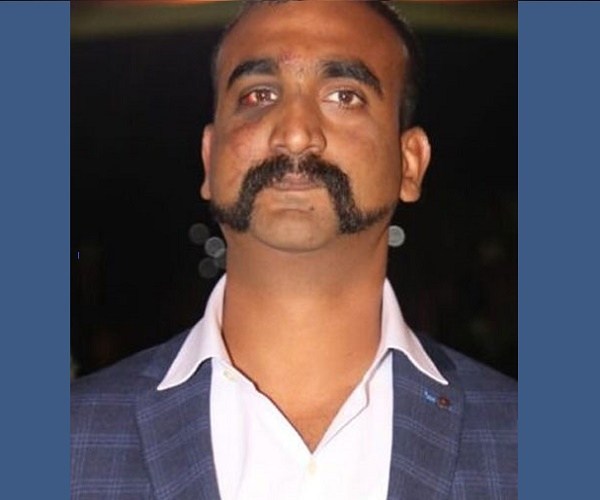 Ever since IAF pilot Wing Commander Abhinandan Varthaman returned home from Pakistan, his stylised moustache has become the new fad among men across the country, the latest one to join the rage being Jawed Habib. The top-rated hair stylist has added a new style to his salon services, calling it ‘Wing commander Moustache’.

In Hyderabad, many salons following the new gunslinger moustache style of Abhinandan and the demand for this style is growing day by day among youngsters.

Varthaman’s gunslinger moustache with mutton chop beard style has become the talk of the nation and the trend has not gone unnoticed by Jawed Habib, who decided to honour the Wing Commander by including his style to his services.Speaking about Vardhaman’s moustache, Habib told #KhabarLive, “His Moustache shows he is confident and sure in what he is doing”

“His look is very different, not common. He has got very short hair shaved from sides, only jawline area is visible which makes his moustache look attractive,” Habib added.Speaking about the current craze surrounding the moustache, Habib asserted that it’s a temporary fashion and the craze will fade away in some days.

Wing Commander Varthaman, flying a MiG -21 Bison fighter plane, was chasing Pakistani jets which transgressed into Jammu and Kashmir on Wednesday. His plane was shot down after it crossed over to PoK. Abhinandan ejected safely but was taken into custody by the Pakistani Army. He was released on March 1 by Pakistan via Attari-Wagah border. #KhabarLive

#HappyDiwali: ‘Diwali’ Spirit ‘Lights Up The Darkness’ Of Hyderabad

Is Sanskriti Foundation Making A Decade Of Music, Dance Culture In...

The ‘Weekly Bazaar’ Of Erragadda Area Depicts Village Atmosphere In The...