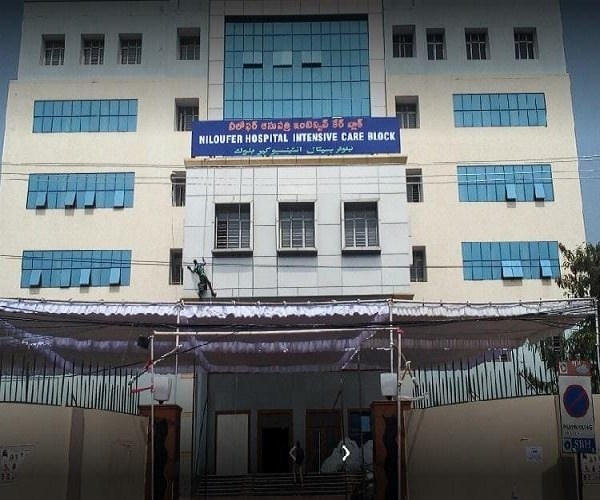 In another case of an attack on hospital staff, a post-graduate junior doctor at the Niloufer Hospital in Hyderabad was attacked by an infant’s relative after the 10-month-old passed away suffering from protein-energy malnutrition and acute gastroenteritis on Friday. The incident came to light after the police filed a case and the accused was taken into custody.

According to reports, the baby was brought to the hospital on February 7. The infant’s condition was already serious and the relatives were advised not to feed anything but only breast milk to the baby. But according to the hospital staff, the parents tried to feed bottle milk to the baby and the infant choked. As an emergency response, the infant was intubated but could not be saved.

Speaking to #KhabarLive, Rahul Venkatesh, the doctor who was attacked by the infant’s uncle, said he was on duty in the paediatrics department of the hospital on Friday when the incident occurred.

“We had clearly instructed the attendees of the baby not to overfeed. But, they tried feeding milk through a milk bottle and the baby started aspirating. The baby was shifted immediately to the emergency ward and there was little hope of survival. Poor prognosis (chances of survival) was explained to the relatives. They asked us to do whatever was within our capability to save the child. But after the infant passed away, an infuriated relative, the infant’s maternal uncle, who wasn’t even at the hospital during the course of the treatment, barged into the room and attacked us. He later apologised and said he had been in an unstable emotional state,” Rahul said.

A case has been registered against the accused under Section 332 (Voluntarily causing hurt to deter public servant from service) and Section 4 of Medical Act.

Recently, on December 24, a mob had vandalised another hospital in Hyderabad after a 45-year-old woman had passed away while undergoing treatment. Angry family members attempted to attack the doctors at the Global Hospital, vandalise chairs, tables and even pelted stones.

The junior doctors at the Niloufer Hospital have threatened temporary suspension of elective duties if their demands for better security are not met in a week’s time.

“Our workload is hectic. Most of the medical cases get referred to the hospitals in the city only after they reach a critical point. The patients’ kin often does not realise this and attack hospital staff alleging negligence. We have submitted our demands to the superintendent of the hospital and have asked for better security cover in the emergency wards to handle angry mobs,” Rahul said.

The hospital currently has a 90-member battalion of private security guards at its dispensation and also nine personnel of the Telangana State Special Protection Force (TSSPF).

“We have already spoken to the Agile group, the contractor managing security services at government hospitals. We are taking the attack seriously and in future, all cases will be reported to the police,” said hospital superintendent Dr Murali Krishna to #KhabarLive.