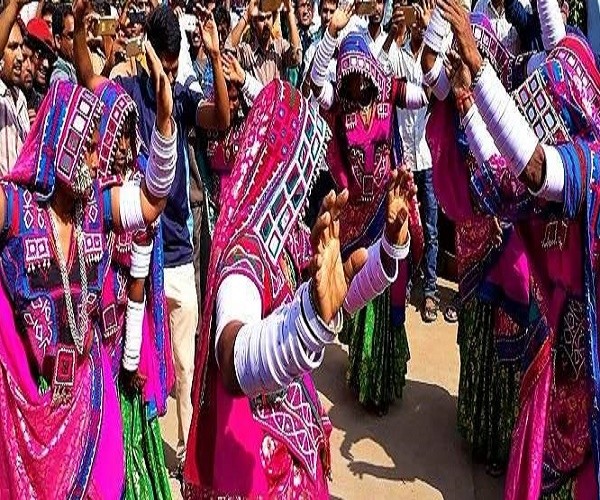 When the Telangana Panchayat Raj Act was passed in the state assembly this year, tribal settlements known as “thandas” were converted into gram panchayats. However, as the state heads to the polls in December, these thandas will not get any dedicated polling booths from the Telangana State Election Commission, says S Ramulu Naik, a Telangana Rashtra Samiti (TRS) Member of Legislative Council (MLC) from Narayanketh.

Thandas are habitations of tribals, mostly from the Lambada and Banjara communities in the state. Telangana has a tribal population of 31.78 lakh with 32 tribal communities forming 9.08% of the state’s population.

When polling opens on December 7, booths will be set up in 4,380 new gram panchayats, in addition to the previous 12,741 gram panchayats in the state. However there is no plan currently in place for the 1,300 thandas to get their own booths, says Ramulu, who reached out to the Chief Electoral Officer (CEO) Rajat Kumar of the Telangana State Election Commission.

“But the CEO asks why there is a need for new polling stations at these thandas when the nearest polling booths are just 2 to 3 kilometres away,” says Ramulu who gave the state EC a letter seeking polling booths for the tribal settlements.

Ramulu pointed out that these tribal voters, most of whom are labourers, will be discouraged from voting if they’re forced to travel without proper public transportation. There’s also the possibility of losing daily wages or facing harassment on the way.

“Often when the tribals walk to the nearest gram panchayats, miscreants stand in the way and beat them up to deter the voters from exercising their voting rights. The voters who get beaten up, they turn back to their thandas and warn others about the miscreates. Fearing trouble, the tribals don’t go out to vote.

The miscreants will be from a political party that do not want to spoil their chances as the tribal votes may go to their rival candidate,” Ramulu alleged. “This has been going on since India got independence,” he added.

The CEO was unavailable for a comment. The story be updated with the EC’s response. #KhabarLive