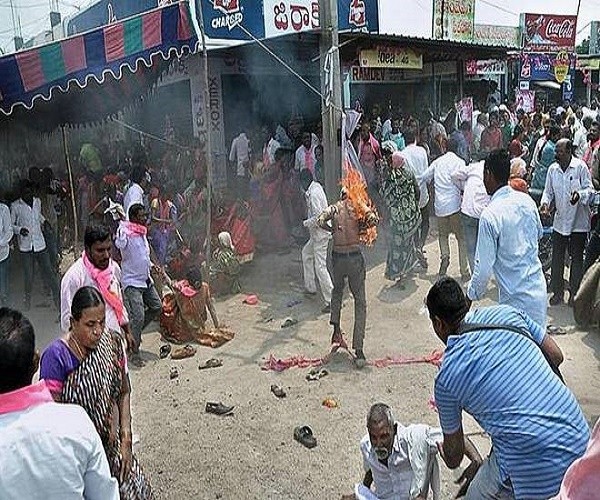 Even during the worst times, Karimnagar has been with the TRS. In fact, KCR’s first victory as MP was from Karimnagar. The people of Karimnagar have always stood by the TRS. But, that’s past. Today, TRS MLA candidates are facing strong opposition when the are going into the rural interiors to seek votes.

The people are turning them away in some places and in some other places, they are shouting slogans against them. In some places, unable to answer the questions of the people, the leaders are running for cover.

Over 1000 women stopped him from entering their village. They wanted to know why he did not implement any promise that he made during the time of the elections. Left with no option, Kamalakar returned empty handed.

TRS won 11 out of 13 seats in this district in 2014. But this time around, things may not be easy for the TRS. At least six candidates are facing severe anti-incumbancy and dissidence. For instance, the party workers in Vemulawada held a massive meeting against official candidate Chennamaneni Ramesh.

They wanted seat to be given to rebel candidate Tula Uma. Rebels are also belligerently opposing the official candidate in Manthani, Manakondur and Peddapalli. #KhabarLive