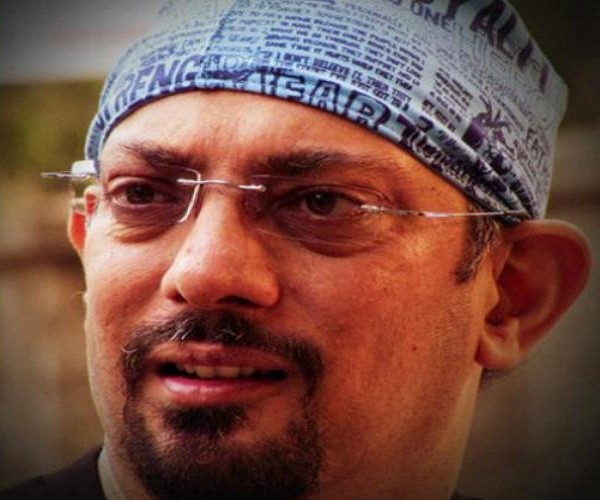 As the #MeToo movement gains momentum on social media in India, seven women have written to the Times of India, accusing Hyderabad Resident Editor KR Sreenivas of sexual misconduct and asked that he be terminated from employment. Several women have accused him of sending lewd messages, making sexually laden gestures, mentally torturing them and touching them inappropriately.

The petition details the accounts of the seven signatories, which ranged from innuendo-laced messages to isolating them when they complained about his behaviour, ensuring their careers took a hit. The petition attached screenshots and annexures, where each survivor described the trauma inflicted on them, and in almost all cases there was a clear power dynamic at play — Sreenivas was in a position of power and could easily put an end to their careers.

Journalist Sandhya Menon had first taken to Twitter to slam KR Sreenivas. She says in the petition, “In the case of Sandhya Menon, once she complained and he was informally informed of it (a violation of the Prevention of Sexual Harassment at the Workplace Act, and/or Vishakha guidelines, 1997 – as applicable) he did everything he could – in use of his power and authority as superior – to indirectly intimidate and traumatise her, till she refused to come back to work after her maternity leave.”

In one incident, a woman who interned at the Goa bureau of Times of India, where Sreenivas was the Resident Editor, has written that he would constantly ask her out or would try to make plans with her, but she turned him down each time. She has written her experience in detail to BCCL.

“One time, he invited her to a party, and she agreed because other colleagues would be present. But he went on to dance suggestively and gyrated close to her suggestively by thrusting forward, making her uncomfortable. When he understood his advances were not welcome, he promptly isolated her professionally, ensuring her career got stuck in a rut,” the petition said about one of the signatories.

In another incident, he repeatedly sent lewd jokes and messages of a sexual nature to a sub-editor in his bureau, Shatabdi Chakraborty, and he would often call her late at night and tell her he loved her.

Once, he befriended journalist Shubhakeerthana on Facebook on the pretext of some work and sent her several inappropriate messages.

Author Vani Saraswathi’s account in the petition shows how far back Sreenivas’ predatory behaviour dates. “She worked with him at another media house, and from 1995, for a few years, he harassed her. She details how when she objected to him invading her space, she was reassigned to new beats, and isolated. The pattern is evident here — he isolates the young women who protest his behaviour, ensuring their careers too are stuck,” adds the petition.

She also took to Twitter to write about Sreenivas’ predatory nature.

One of the petitioners has attached screenshots of his sexually inappropriate messages. “She also has screenshots in which Sreenivas asks her to ‘lick’ him, saying she will find his ‘taste very good’, or ‘there must be some problem with ur taste buds (sic)’. In another incident, he asked to cuddle with her, saying, ‘I hv experience, u will love it (sic)’,” reads the petition.

The seven signatories have appealed to Bennett Coleman and Co. Ltd. (BCCL) to terminate “serial predator” Sreenivas, who now works out of Hyderabad, with immediate effect. It added that the women who have spoken out against him have done so knowing how much they were putting at stake — both personally and professionally.

“His repeated predatory advances are an active threat to the psyche of women who work with him, as well as a massive deterrent to women journalists who come in with hopes and aspirations to pursue their passion. His vindictive lack of boundaries, and utter and complete disrespect of a woman as a person and as a colleague is a shocking disregard of everything that women expect from colleagues and superiors.

His compulsive violation of women, their safety and peace of mind, his immense propensity to place women in extreme distress shouldn’t find even a shade of encouragement or ground to flourish and continue. This isn’t only in the interest of the women who have put their name behind this but also in the interest of all the women who may work with him in the future,” the petition concludes. #KhabarLive