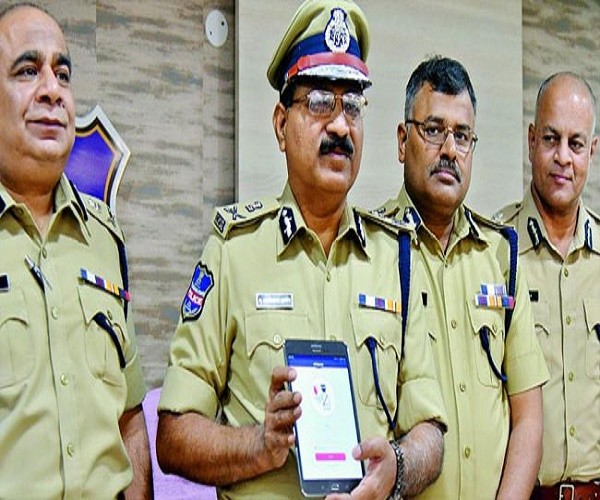 As the ‘e-Petty case mobile application’ becoming a success in Hyderabad, the Telangana police are now planning to take it across the state. Hyderabad City Police used the app which is said to have caused a decline in serious crimes by about 35 percent to 40 percent over the last one year.

DGP M Mahender Reddy on Wednesday launched the app in his office at Hyderabad. Speaking on the app, he said that it aids police officials to register cases online on the spot through a tab along with recording crime scene details, geo-tag the crime scene location, help capture the photographs of the suspects, and digitally collect other evidence.

Also, he stated that an automatic charge sheet is generated based on the evidence which was further filed in court during the trial and slip for the suspect is generated asking to appear before court next day.

Details of the offender including name, phone number, address, ID proof are captured in electronic form to track and follow-up.

The DGP said that the app helps show the data of repeat offenders at the time of charge sheet to enable the court to impose enhanced punishment.

ALSO READ:  It's Clear - In Karnataka Elections 2018, Deve Gowda’s Party Will Not Be A 'Kingmaker'

The e-Petty case system will identify the root causes for the frequent occurrences of minor violations to prevent repeated crimes from happening.

Petty violations such as public nuisance including public drinking, street fight, drunken brawls, pollution, road rage, gambling, traffic obstruction, littering among others were earlier filed manually in a register and then charge sheet prepared was filed in court.

Now, the app also being an evidence-based enforcement tool can register cases with complete evidence of petty violations. #KhabarLive