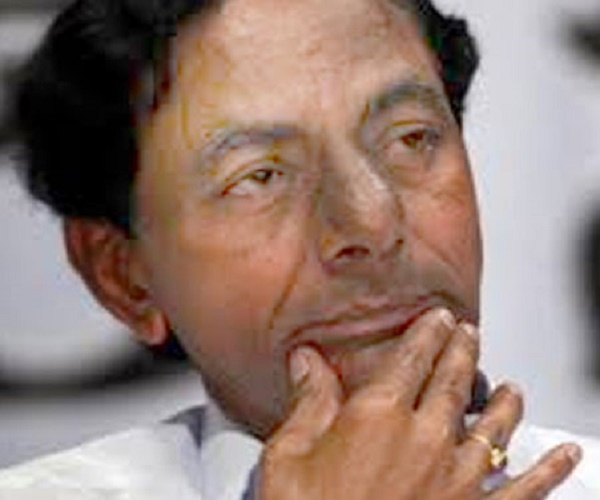 Telangana chief minister KCR has announced to lead the third front for a qualitative change in national politics. With BJP dismantling 25-year left reign and seizing power in Tripura, it is proved that virtually nothing is impossible in democracy.

About three decades ago with hardly two members in 8th Lok Sabha, BJP came to power in 2014 with a majority on its own, which was unseen since that achieved by the Congress in 1984. Even with a massive victory in Tripura and capturing power in 21 states, political analysts are sceptical about Modi winning hands down the next general elections in 2019.

Political observers claim that there is a great deal of dissatisfaction among people and some of them are pointing out repeat of verdicts of ‘India Shining’ in 2004, when BJP-led National Democratic Alliance (NDA), under then Prime Minister Atal Bihari Vajpayee, lost power. The verdict had come as a major jolt from the blue for the ruling alliance, which had deployed the ‘India Shining’ campaign to showcase the government’s work and also convey the feelings of the country’s people.

Given the results that followed, it seemed to have betrayed the actual thinking of the voters. Immediately after BJP’s narrow victory in Gujarat, it was clear that both Congress and BJP failed to fulfil the aspirations and expectations of people, particularly of regional parties. It is widely seen by people that neither UPA nor NDA has any interest and knowledge about the needs and aspirations of regional parties.

Modi-Shaw duo in the name of “Congress-Mukt Bharat” is denying legitimate funds to states. The problem is currently there is a little coordination among alliance parties of NDA, and Shiv Sena has already made an exit. This clearly indicates place for regional parties who once played a key role in national politics.

The fact that in 2017 assembly elections, combined opposition polled over 50 per cent votes substantiates move for opposition unity and to challenge the Modi wave. Therefore, different efforts to unite the non-BJP and non-Congress parties for jointly fighting what they call an onslaught on some of the fundamental structures and values of the Constitution have begun.

Not surprisingly Telangana Chief Minister KCR has taken a lead and announced his willingness to lead such a front with regional parties. Organizing regional parties unity is a tough task, but initiatives have begun for organising an alternative front on the basis of secular credentials and thrust on social justice and to fight from a common platform.

Regional parties may have their interests based on local needs but to achieve their fair share in national economy, they need to prove their respective strengths. They need to understand that opposition unity always worked to defeat ruling party as in 1977, 1989, 1996 and 2004.

Indian voters are not long drawn thinkers and they are largely impulsive. Recent economic slowdown and paucity of jobs in Telangana and at country level indicates that all is not going well with economy. Ruling parties appears to have lost a great deal of goodwill among the middle-class and the business community. Businesses are struggling with the excruciatingly complex Goods and Services Tax (GST).

Farmers are in distress all over the country. Students are in revolt as the proclaimed growth has not been creating employment. In an era of perception politics, this is dangerous to any ruling party. By any statistical yardstick, these are not comfortable to Modi or KCR in 2019 elections. Still, there is much more time left for the elections that are scheduled in the month of May 2019 but the rumblings have begun and we can hear it louder.

In this context something dramatic has to happen and KCR cleverly played the card of regional parties and their self-esteem and provoked that their survival is now dependent upon their unity. The response to KCR’s clarion call to lead the regional parties revealed that if they remain divided, they will soon become politically irrelevant with BJP juggernaut rolling on, into state after state. Congress is suffering from leadership crisis anyway.

This may certainly hamper the chances of BJP with its limited allies forming government or even opposition alliance coming to power. This vacuum warrants role of regional parties which are not part of any of these alliances, particularly if they can capture about 100 seats in the Lok Sabha. This will be similar to the outcome of the 1996 Lok Sabha elections where two alliances are bound to compete each other to form the government but their ambitions will clash and end up in stalling each other.

It is against this background I predicted the possibilities may emerge aloud of KCR, leader of the regional party TRS and chief minister of Telangana, ending up accidentally as the Prime Minister of India. And now even after Tripura elections, I think the same way. Observers point that about Chandrababu Naidu who also got an opportunity about two decades ago but could not go. The situation with KCR is different. Even as he decides to devote time for national politics, he has son and other people with proven administrative experience to handle the state.

The timing and move of KCR is not only a bold one but a very clever one to safeguard the interests of TRS in the forthcoming elections in Telangana. General elections are expected sooner than scheduled early next year and it appears that Congress is working hard to seize power. There is disenchantment among the farmers and youth are frustrated over lack of employment. There may not be a great threat to KCR but he is fully aware of the limitations that he can neither dream of replicating the 2014 euphoria or play sentiments that helped him for easy ride to the power.

There is allegation by Congress about tacit alliance between TRS and BJP that may have helped them to improve the prospects in Telangana and the KCR move has put an end to the talk. Most important, politically speaking he has prepared the ground for triangle contest that generally helps ruling party. The move also ensures smooth transfer of power to his son, K T Rama Rao, a capable and proven leader in his own right. The potential aspirants in TRS would not dare oppose KTR leading the state at a time the prospects for their mentor are ripe to lead the nation. Here is where the master strike of KCR, with one shot, two birds.

After all, politics is the game of glorious uncertainty. In 2019, it has been predicted by experts, it will be a coalition government where no single party will get majority to form government. Whenever there has been a coalition government, people from non-northern state has become PM like Morarji Desai, P V Narasimha Rao, H D Devegouda, I K Gujaral etc.

KCR is proving to be growth-oriented administrator, astute politician and by virtue of serving at the Centre as a cabinet minister, he has friends across party lines. Most important, he started talking national issues of water and fair prices to farmers, the areas he is successfully tackling in Telangana. KCR is an excellent match to turn the tide against Modi with his oratory skills in Hindi and English. No wonder, he is getting support from all quarters.

KCR has made sensational announcement to play a key role in national politics but with a clear mind and not with any emotion. After all, leadership is the capacity to translate the vision into reality. There is a dire need for a political front such as one announced by KCR and who knows his one shot-two birds strategy may place father and son at the helm of Centre and State respectively. #KhabarLive

Why Are Ministers Defending RSS Chief Bhagwat’s Remarks – And Is...