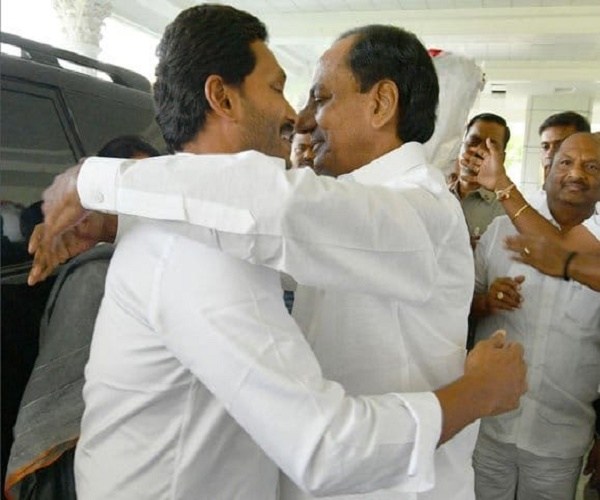 Telangana, the youngest State of India, celebrated its 6th birthday on June 2. The State has not only settled down quickly but has also started competing with the frontline States, even before its gestation period of 10 years with Andhra Pradesh is over. That explains the inherent eligibility of Telangana to become a State.

Justice Fazal Ali, chairman of SRC, could foresee it and with great sagacity, the Commission had recommended to keep Telangana a separate State. The Telangana region suffered greatly because of the merger. Even Andhra too has now come to understand the repercussions of that forced merger. If Andhra was separate, it could have solved its problems on its own and could have become a very settled State like many other divided States in independent India.

Effective TRS
Telangana was fortunate to have the Telangana Rashtra Samithi (TRS) win its maiden general election in 2014. It helped the State realise its regional ethos and the political freedom in full without any suzerainty of national parties and their controlling from Delhi. The availability of its full revenue to itself unlike in the united State helped it immensely.

The TRS government made prudent use of its revenues balancing the Budget during all the five years, while judiciously spending on the welfare schemes and investment projects. The State registered impressive growth rates on many economic indicators, upstaging the more settled States. It was a balanced development during the first five years without any help from the Centre. The constant troubles from the TDP government in AP too were handled well.

The good work during the first term meant the TRS won a landslide victory in the preponed Assembly election with 88 of the 119 seats. This emphatically puts the seal on the formation of Telangana State. It is also a warning to the outsiders and loyalists of Lutyens’ nationalist parties not to play with the political freedom of the new State. It provides a definitive direction and confidence to the State in dealing with AP and the Centre while taking the State further forward.

The erstwhile TDP government made many time-tested provisions in the AP Reorganisation Act, which were simply copies of the provisions of earlier State Reorganisation Acts, as controversial and indulged in unnecessary litigation. Many Andhra elites also contributed to the confusion with their fictitious arguments of imaginary injustices and losses to Andhra.

Andhra’s Problem
Rather, the real problem was the merger of Andhra and Telangana. It was a historical mistake. The real reasons for the merger were the capital for Andhra and its chronic revenue deficit. They lost their mega city capital Madras to Tamil Nadu in a premature and ill-calculated separation. With that they also lost a big chunk of revenue, which left Andhra high and dry in Kurnool with a big revenue deficit.

The three years from 1953 to 1956 was a trial for Andhra State. It was unable to balance its income and expenditure. Just to get that lost capital and make good the revenue deficit, they manipulated the merger with Telangana, with some 14 conditions. All the conditions were observed in breach than in practice. Therefore, the demerger gained momentum, which culminated with the separation in 2014. Even today, the problem of its lack of capital and its chronic revenue deficit continues. These two factors were inherited from 1953, not 2014.

The previous TDP government glossed over these cardinal facts. Instead, it was attributing its predicament to the loss of Hyderabad and the resultant loss of its revenue, as if these came into the united State from Andhra. They did not think so when they left Madras, where they lived for a few hundred years, to Tamils, but started saying they made Hyderabad and its whole revenue in 58 years. With that myopic outlook, they embarked on a utopian capital and never tried to balance their excessive expenditure with their inherently deficit revenue, despite big deficit grant and other extra grants from the Centre.

New Relations
But the people of AP have now seen through the gambit. That the new YSRCP government has opted for good relations with the TRS and intends to solve inter-State problems through dialogue and based on facts is a welcome move. If not all the issues, many issues can be resolved this way. The remaining can get adjudicated in proper forums, which both sides need to abide by for quick settlement, peace and progress. It certainly will be very much different from the cantankerous controversies of the previous government.

The people too have understood the five-year misrule affected the recovery and progress of the residual State and so trounced the TDP. In a way, both the Telugu States have come on to the same page now. But AP needs to do a little extra work to clean the mess of the previous government and put the State on an even keel. The Telangana government needs to take the positive momentum forward and resolve all the issues pending in the AP Reorganisation Act to make the State free of any encumbrances of previous united State.

On Runway to Glory
So June 2, 2019, is a special day for Telangana since the State completes its five years. The State has successfully weathered its formation blues and settled down comfortably and has launched an effective administration in all walks of life. It has initiated some innovative welfare schemes and has undertaken bold power and irrigation projects with big capital investment to provide a very productive long-term infrastructure. This has made even some veteran States look up to it for its development model.