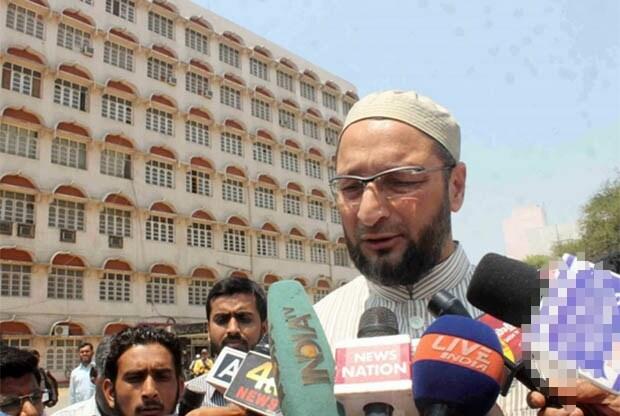 All India Majlis e Ittehadul Muslimeen (AIMIM) chief and Hyderabad MP Asaduddin Owaisi has called upon Chief Minister K Chandrasekhar Rao not to allow updation of census in the name of NPR (National Population Register), terming it as proxy for the controversial NRC (National Register of Citizens).

Addressing party primary committee members at Darussalam, he said that Majlis is ready for a long drawn fight against collection of data that would further damage the secular fabric of the nation guaranteed by the Indian Constitution.

“Even under the supervision of the Apex court, five lakh Muslims were alienated in Assam while an equal number of Bengal Hindus were granted Indian Citizenship. As per the law the issue has to be solved at the Foreigner Tribunal. How many of you will be able to do that in a country where only 6% of the total population have Passports,” he questioned.

“My question is who are you to ask me about my citizenship? Does the government know how many in India have birth certificates. Crores of poor Indians have no such proof with them, can the municipal offices meet such huge demand if everyone applies for one,” he said.

Urging the Prime Minister to withdraw CAA and drop the idea of NPR and NRC , Asaduddin said that the PM as the guardian of the Indian constitution must protect all people as one. ” Why only Muslims in Uttar Pradesh were forced to pay for the damages during anti CAA agitation. Why no money was collected from the agitators during Jat unrest in Haryana and Patel reservation movement in Gujarat. The damage to public property was much bigger than this,” he argued.

Urging all sections of people to attend the proposed rally on 10 January in Hyderabad organized by the AIMIM and the United Muslim Action Committee against the CAA-NPR-NRC , Asaduddin said that the rally will be peaceful.

He urged party cadre to bring national tricolour while attending the rally. Earlier, in a tweet Asad has said : “on 10 January we’ll march from Mir Alam Eidgah to Shastripuram ground in protest against #CAA_NRC_NPR . On the night of 25-26 Jan, we all will participate in historic Protest Meeting in Charminar’s shadow. At 12 AM we’ll hoist flag & take an oath to defend the Republic.” #KhabarLive

Muslims Are ‘Out Of Reckoning’ In ‘Poll-Bound States’ Far Away From...