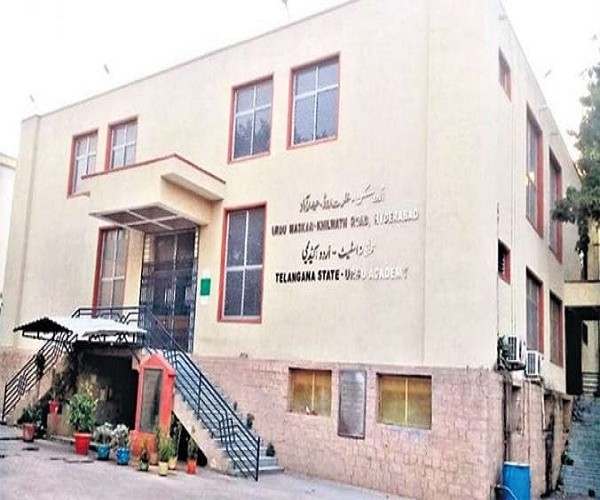 Five years into its existence, the Urdu Maskaan auditorium located in Charminar area of the Old City is becoming an epicentre for promotion of Urdu language and culture.

The auditorium, developed on the lines of Ravindra Bharathi, is now called the ‘Ravindra Bharathi’ of the Old City. There are two auditoria in the megacomplex spread over about 1,500 square yards. The bigger one, the Salar-e-Millat auditorium, has a capacity to accommodate 425 persons, while the smaller one, the Khaja Shauq Hall, has a seating capacity of 125 persons with options to utilize the air-conditioning facility.

“On an average, around 25 programmes are organized at the Khaja Shauq Hall every month and most are cultural events, including ghazal and ‘mushaira’ programmes. Since its inception, the facility has become an epicentre of Urdu promotional activities taken up by the government and other private organizations,” explains Professor S A Shukhoor, Director, Telangana State Urdu Academy.

The works on the much needed facility began during the Telugu Desam regime and later dragged on through the Congress regime. In early 2014, the inauguration was done in a jiffy. Nevertheless, everything was put in order towards the end of 2014 and since then, there is a lot of improvement, locals point out.

Earlier, the public had to wait for bookings at Ravindra Bharathi in the city, with culture lovers of the old city being deprived of the opportunity to participate in many cultural events.

Lined up around the year now are ghazal programmes, Urdu poetry events, religious functions, comedy shows and musical concerts too.

“It is among the most sought after place in the city because it is centrally located and has ample parking space. School managements also rent the premises for their annual day events,” said Shukhoor.

“There are plans to make the auditorium air-conditioned and we have written to the government about it. Also, we plan to have a generator as backup. Currently we are hiring one generator whenever there is demand or ask the clients to book it,” officials said.

The building also has a library and a computer training centre. There are also plans to start an Urdu research centre as well on the premises. #KhabarLive