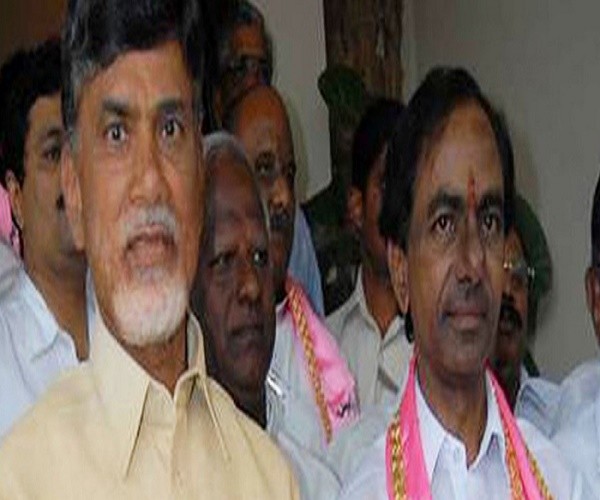 Elections in Telangana are just two or three months away. The TRS which thought it will have smooth sailing by going in for early elections and announcing 105 candidates in one go is facing the heat from rebels and is hard-pressed to evolve strategies to reduce the impact of strong undercurrent of dissatisfaction among the people on various counts. It would be naïve to say that TRS will not come back to power. But then it is not going to be a cake walk, either.

The aspirants who pinned their hopes on constituencies like Station Ghanpur, Bhupalpally, Mahabubabad, Dornakal and Jangaon are busy chalking out their strategies on their next move. Heightening their dissent, a large number of antagonists of sitting MLA of Station Ghanpur unanimously passed a resolution urging the party chief K Chandrashekar Rao to give ticket to either Prathap or Kadiyam Kavya. Trouble is also brewing for TRS in the erstwhile Warangal district. In Warangal East, Konda Surekha seething with anger and bracing for showdown with the party leadership.

The situation is similar in Bhupalpally constituency from where Speaker Sirikonda Madhusudhana Chary was elected in 2014. There has been a lot of talk for the last one year or so that he would be replaced. Adding fuel to this speculation, the TRS roped in Gandra Satyanarayana Rao of Telugu Desam in last November. It is said that Rao is a formidable cadre-based candidate. Dejected by the turn of events, Rao announced that he would contest as an independent.

Then comes the statement of T Harish Rao who is supposed to be a ground-level leader and most loved by his constituents. When Harish Rao said, “I will be indebted for the love that is being showered by the people upon me. At all times I feel the love and affection I am getting from you… it is better to leave politics when there is such admiration. What more is needed for this life. This respect and satisfaction are enough for me. Till god gives me strength, I will never forget your respect and love. I will keep your love and affection towards me in my heart.

I don’t think I can repay your debt and don’t think that there will be more happiness than this,” he was making an emotional statement as the villagers resolved to vote for him and have put up boards on their gates saying that their vote is for Harish Rao and hence others need not bother to beseech them for votes. Harish also said that he was in a confused state whether it was a dream or a reality when he heard about the entire village resolving to vote for him.

On the other hand, the TBJP has failed to emerge as a real opposition in the state and with the high command deciding to lean towards TRS, keeping its larger interests in view, it is now going to be a battle for votes between the TRS and the Congress-led alliance. But then, the Congress is one party which refuses to change. In the name of internal democracy, it seems to be hitting self-goals. Seniors who should have stood up and sent a strong signal to the cadres that their one-point aim is to defeat TRS are acting in a manner which would push the people to have a rethink on supporting the Congress.

Adding to it, the leaders who ought to guide the state unit cohesively are themselves making certain comments which would go against the interests of the party. Senior leader Ghulam Nabi Azad stated the TRS cannot claim credit for the creation of Telangana State as the Congress never consulted it while taking the decision. He said the decision to divide the state was taken on the basis of the pressure put by Congress MPs and leaders from the state. The enthusiasm of the Congress to tell the people that it was Sonia Gandhi who finally gave nod for T State is understandable, but no one in the state would accept that the state was bifurcated because of pressure from Congress leaders alone. Such a statement at this point of time would only help the TRS as it would leave no stone unturned to re-kindle the sentiment factor.

On the other hand, the Centre is now focussing its attention on Karnataka. It seems they have so far succeeded in luring about 20 MLAs belonging to JD(S) and the Congress. If it succeeds, BJP feels that it will influence the elections not only in the four other states – Madhya Pradesh, Chhattisgarh, Rajasthan and Mizoram – but will also have great impact in Telangana where attempts to form a grand alliance are being made. It is clear that the momentum to unseat Kumaraswamy has begun after the recent visit of Union Home Minister Rajnath Singh to Bengaluru. The speed with which the boat of JD(S)-Congress alliance is being rocked gives a clear indication that the days of this government are numbered. The BJP would by hook or crook try to see that the present government collapses.

The BJP hopes that this development will give a fillip to its campaign that the alliances led by Congress or supported by it cannot be trusted. Pushing the opponents into defensive situation using all kinds of means at the disposal of the Centre – since everything is fair in war and love – seems to be the strategy of the BJP. If the present JD(S)-Congress government collapses, then even the TRS will get a new weapon saying that the Congress cannot be trusted and will cite how Congress MLAs in Karnataka took the decision to quit the party because of directionless leadership. KCR will also get to blame AICC president Rahul Gandhi for having failed to give proper leadership to the party. He will not hesitate to liberally use the remark of Arun Jaitley that Rahul Gandhi is a “Clown Prince.”

While this is the situation in Telangana, in Andhra Pradesh the BJP is resorting to arm-twisting methods by digging up old cases. In the Babli case which has been resurrected after eight years, only three MLAs who were in TDP at that time and are now in TRS got bail. While one cannot question the decision of the court, the manner in which the non-bailable warrant was issued as well as the granting of bail raises several questions and doubts among the common man which the BJP will find it difficult to answer. But then, such acts will keep the TDP tied up in fighting the cases. #KhabarLive

The ‘Wonder Asthma Fish-Drug’ Draws Lakhs of Patients Every Year In...