It was once again evident from the way the BJP leadership ignored Naidu, while inviting all the chief ministers of NDA-governed states for the swearing-in ceremony of Gujarat chief minister Vijay Rupani at Ahmedabad a couple of days ago.

In the past, Naidu used to attend every programme of the NDA chief ministers in other states; and there were occasions when he had even campaigned for the alliance partners of NDA in the elections in their respective states.

But this time, Naidu remained silent and stayed away from the NDA programme in Gujarat, which all the other CMs attended. It made one wonder why the BJP leadership is avoiding him.

According to sources, Modi was upset with the stand taken by a Hyderabad-based television channel having its regional channel in Gujarat. This channel took a completely anti-BJP stand in the recent elections and tried to influence rural voters.

And Modi got the intelligence reports that the channel has the backing of Naidu, who does not want the BJP to win the Gujarat elections, so that the TDP’s importance in the NDA would grow.

That was precisely why the PM and the BJP leadership started distancing from Naidu and the TDP, sources said. #HydNews 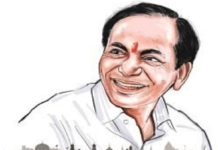 Why ‘New Secretariat’ Is Important Than ‘Corona’ To Telangana Chief Minister? 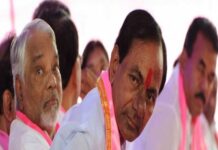