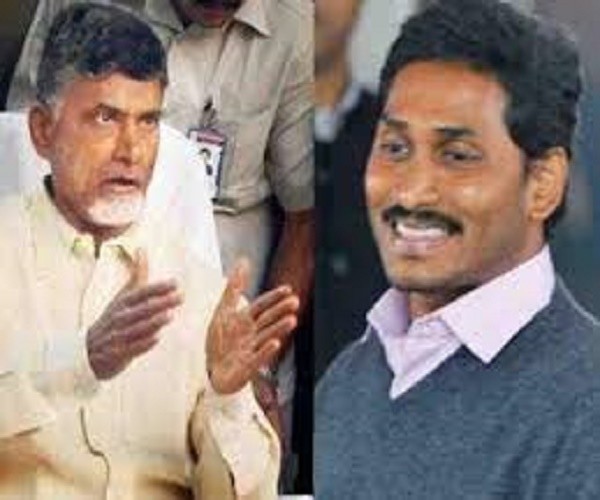 The split has set the stage for bitter competitive politics between the two most important parties in Andhra Pradesh. Days after the Telugu Desam Party (TDP) withdrew its two union ministers in protest against the union government’s reluctance to grant a special category status to Andhra Pradesh, it has now formally decided to part ways with the BJP-led National Democratic Alliance (NDA).

Despite the fall out between the BJP and TDP, many observers felt that both the parties had figured out a way to separate in a friendly way.

While the N. Chandrababu Naidu-led party registered its protest by asking its central ministers to resign, it had initially decided to continue within the NDA. The ministers finally resigned only after meeting Prime Minister Narendra Modi on March 8, a day after Naidu announced his decision in a dramatic late night press conference.

The ministers – Ashok Gajapathi Raju and Y.S. Chowdary – subsequently came on record to say that they wanted to hand over the resignations to the prime minister directly since they wanted to thank him for letting them work independently.

This had raised rumours that both the parties had left its doors open for a post-poll alliance. However, TDP’s final exit from NDA was forced much sooner by its main opposition in the state, YSR Congress, which plans to move a no-confidence motion against the union government in Lok Sabha on 19 March.

While it is not clear whether YSR Congress would eventually move the motion or not, the TDP is clear about the fact that it cannot be seen as a party supporting the NDA in the parliament. Its continuation as an ally of the BJP could send negative signals for the party in its home state.

Meanwhile, deciding against playing a secondary fiddle to Jagan Mohan Reddy, TDP will now move its own no-confidence motion against the government in Lok Sabha.

TDP-YSR Congress tussle
YSR Congress has successfully made AP’s demand for a special category status an emotive issue in the state, which is going for both assembly polls and general elections next year. At this juncture, not being seen together with YSR Congress may prove to be a political mistake for the TDP.

In fact, TDP was forced to withdraw its two ministers after the YSR Congress began taking up the issue of special category status for AP in the parliament vociferously. Over the last six months, the Jagan Mohan Reddy-led party has been attacking the TDP for going soft on union government. He has embarked upon a 1500 kilometre-long padyatra (foot-journey) to mobilise masses against TDP.

It may be remembered that Jagan Mohan’s father and former chief minister, Y.S Rajasekhara Reddy, had done a similar yatra, which was greatly successful in pulling Naidu out of power in 2004. While Jagan Mohan may not have the charisma and popular appeal his father enjoyed, he has been trying to cash in the widespread rural disenchantment because of a failing agrarian economy. The twin issue of agrarian crisis and denial of a special category status to Andhra Pradesh will likely be the most significant factor in next year’s elections.

In such circumstances, as Jagan Mohan’s party announced its decision to move a no-confidence motion against the union government – however futile it is, given the BJP’s majority in the Lok Sabha – TDP was left with no choice but to withdraw from NDA entirely and not rely on half-baked measures of protest, setting the stage for bitter competitive politics between the two most important parties in Andhra Pradesh.

Ever since Naidu withdrew his two central ministers, he has portrayed himself as wronged by the union government – a victim of the Centre’s injustice. He has managed to hog the limelight ever since. YSR Congress’ decision to move a no-confidence motion is being seen as a counter-attack on TDP and it has now emerged as the party which forced TDP to confront New Delhi.

What the TDP says
But TDP denies YSR Congress’ allegations. Speaking to The Wire, Y.S Chowdary said, “What else can an opposition party say? We put pressure on the union government, tried our best, for almost 75% of our tenure.”

“Our resignations were to mark our protest. We waited for the union government to respond to our demands. But none of our demands were considered by the centre in the last one week too. Therefore, we left the NDA,” he added.

On being asked whether it perceives the Narendra Modi government as high-handed in its approach towards the states, he said, “I can’t generalise that. But as far as Andhra Pradesh is concerned, the Centre should have been more compassionate. The commitments it gave to us should have been implemented.

Remember, they (BJP) got a great public mandate. Our demands were pretty clear. It was not a private affair between TDP and BJP. The state government had placed in front of the central government its demands. But despite centre’s assurances, nothing moved.”

TDP moving out of NDA will be seen as a great loss for the BJP. The Andhra Pradesh-based parties – which includes TDP, YSR Congress and the new entrant Tollywood actor Pawan Kalyan-led Jana Sena Party that claims to have first mooted the idea of a no-confidence motion in parliament – are unanimous in the demand for a special category status and have turned the issue into a emotive one.

Consequently, chances for the BJP, which was looking to increase its presence in south India and has been working hard in Andhra Pradesh, look slim in next year’s concurrent elections. #KhabarLive