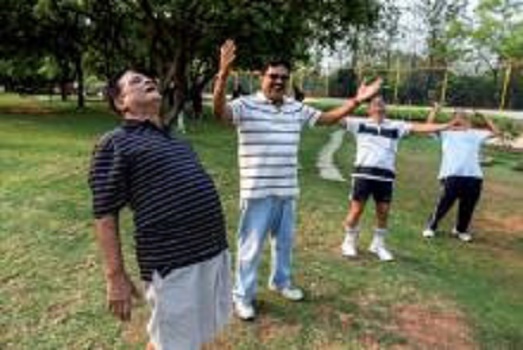 Laughter is really not the best medicine, especially for animals—
at least according to the Andhra Pradesh Forest Department, which
has ordered a laughter club evicted from a national park,
reasoning that it disturbs animals.

The KBR Haasya Yoga Club meets daily at KBR National Park, a piece
of lush forest in the heart of Hyderabad. Recently, they were told
to take their laughter out of the park. Forest officials told them
that the loud sounds were scaring away birds and animals. Members
of the club were not amused and have contested the ban as an
infringement of their fundamental rights.

Club member OA Seth says regular doses of willful laughter can
help cure or control lifestyle diseases, depression, anxiety and
cardiac disease. “The Forest Department’s objections are
completely unreasonable. We have the right to de-stress ourselves
by laughing out loud and nobody can stop that,’’ he adds.

The 350 acre park straddles Banjara Hills and Jubilee Hills, two
prime zones of real estate, and is managed by the state Forest
Department. It is home to 600 species of plants, 30 varieties of
butterflies, 140 bird species and some reptiles.

Forest officials say some of that fauna could be affected by the
loud laughing.The laughter club has moved a plea against the
eviction in the Andhra High Court and recently got a stay order.
The Court directed officials to earmark an area of the park
premises for the club’s members. However, the Department has
indicated it will contest the order. It says that the Wildlife
Protection Act bars people from making loud noises, including
laughing, inside any national park.

An officer incharge of the park says that “though the court has
asked us to demarcate a spot for club members, there is no scope
to do such a thing under the law.’’

The club has for the time being shifted to a vacant plot of land
near the park, but will not relent in its struggle to assert the
right to have a laugh. What remains to be seen is who will have
the last one. #KhabarLive 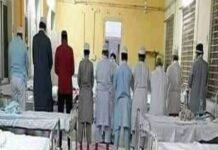 What Lies Between Trust And The Trustworthy?

The Risks That Come With Poorly Managed Type II Diabetes –...