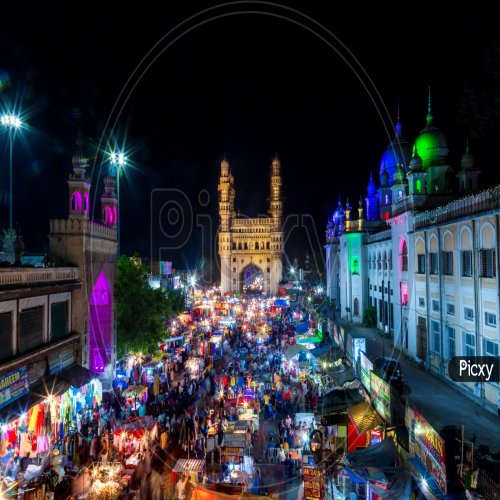 Remembering lockdown trauma and its impact, citizens of Hyderabad vow to not spend a pie on wasteful shopping and unnecessary expenditures, they vow to spend these to feeding poor or helping the needy in this festivities. Hence, low footfall despite 58-days lockdown and closure of businesses.

The first day of significant lockdown relaxations in the city, except in the Covid-19 red zone containment areas, saw a significant increase in road traffic even as shops and other establishments did not open in the numbers expected.

Despite this being the month of Ramzan, shop-keepers in the Old City who opened their businesses did not see much in terms of footfalls. Shops have been instructed to open on odd and even days.

ALSO READ:  How Couples Illegally Use IVF To Get Sex Selection Procedure On High Price?

“Compared to the volume of traffic in pre-Coronavirus days, what the city saw on Tuesday was probably about 40 per cent,” said additional commissioner of police (traffic), Anil Kumar, said.

Many autorickshaws made an appearance on the roads after nearly a two-month absence. With public transport – RTC buses and Metro Rail services – still not operating in the city, many autorickshaw drivers managed to find passengers.

“I was out of work for all this while because of the lockdown. Though I cannot take more than two passengers at a time, I am happy that I can get back to work and earn some money,” said Dasu, an autorickshaw driver who usually runs short trips from residential colonies in Khairatabad to the nearby business and shopping areas.

ALSO READ:  How The 'New Chief Minister' Of Andhra Pradesh Should Keep Promises Against All Odds?

“Because there were no buses, I made two long trips today. It felt good to be back at work,” he said. One of the reasons why many businesses stayed shut in several areas could have been because the details of relaxations might be taking some time to filter down, a GHMC official said.

RTC district bus services found many takers with people making trips from the city to several other districts. RTC officials said strict hygiene and distancing measures were being enforced to ensure safety of passengers and staff.

Though the state government has allowed food establishments to open – but only for takeaways – only few restaurants that usually serve takeaway orders were open for business.

Officials said that they expect more of these establishments to open in the coming days. There is also some possibility of Haleem, a favourite dish of the city during the month of Ramzan, may become available for people to order in the next couple of days. #KhabarLive #hydnews