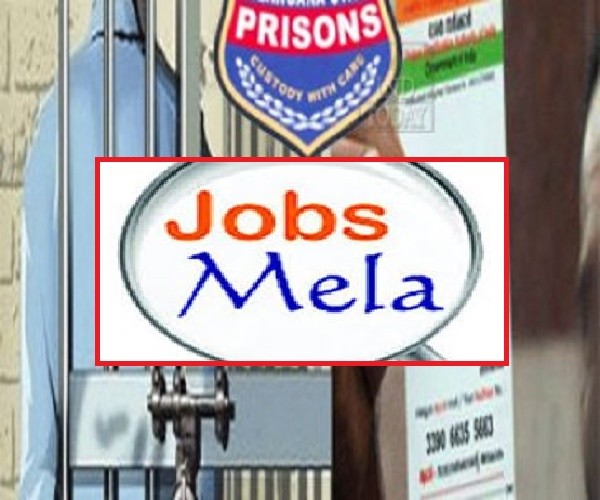 A job mela aka employment drive for jail birds and released prisoners, the first-ever such mela in the state’s history, will be held at the Chanchalguda Central Prison – Telangana Prisoners’ Academy premises in Hyderabad on Septemebr 29, 2018 to mark the international prisoners assessment and evaluation day.

One hundered companies have come forward to place prisoners — remand as well as the past. The mela which will attracted many to get good response from those who served sentence in 10 Telangana district jails, Chanchalguda Prison, Womens Jail and Cherlapally jail nd 200 released prisoners in Hyderabad.

The jail authorities, who had earlier placed the jailed in a petrol pump on the jail premises, went one step ahead and arranged the mela for the benefit of over inmates and released prisoners of the jail. It seeks to absorb them in the field of their choice.
As and when the court grants them bail, they join job. About nine companies have come forward to recruit 125 prisoners who are either out on bail or through with their jail term.

According to the jail superintendent, the mela’s objective is to prevent their relapse into crime.

A convict in a murder case said that he served a part of the sentence at the jail here before he was shifted to and was later shifted to the prison at Charlapalli. He completed the jail term and took part in this mela on coming to know about it from the jail superintendent.

Another person, who was sentenced in an excise case said that he got a phone call from the superintendent when he was at the crossroads not knowing what to do upon completing the jail term.

He said that he was happy with arrangements made by jail authorities to place the prisoners in jobs.

A Unique ‘Jail Museum’ of South India In Sangareddy District