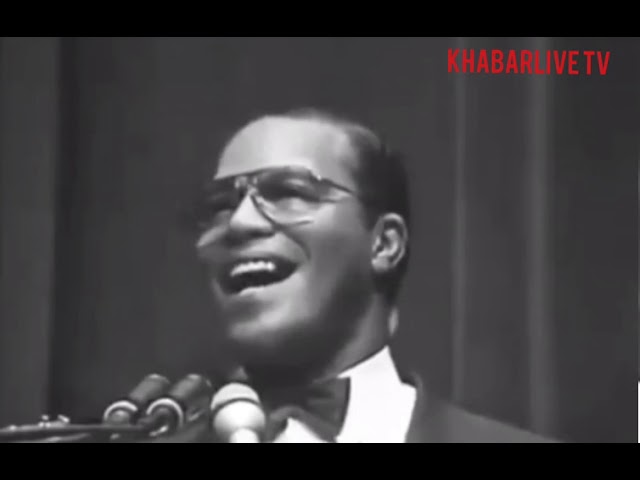 The divide originated with a dispute over who should succeed the Prophet Muhammad as leader of the Islamic faith he introduced. Today, about 85 percent of the approximately 1.6 billion Muslims around the world are Sunni, while 15 percent are Shia, according to an estimate by the Council on Foreign Relations.

Mumin or Momin is an Arabic Islamic term, frequently referenced in the Quran, meaning “believer”. It denotes a person who has complete submission to the Will of Allah and has faith firmly established in his heart, i.e. a “faithful Muslim”. Also, it is used as a name and one of the names of God in Islam.

Muslims are people who follow or practice Islam, a monotheistic Abrahamic religion. Muslims consider the Quran, their holy book, to be the verbatim word of God as revealed to the Islamic prophet and messenger Muhammad. … The derivation of “Muslim” is from an Arabic word meaning “submitter” (to God).

Muslim was described as one who submits to Allah. He believes that Allah is one; he offers his prayers and recites Holy Quran. He believes in Angels and in the Day of Judgment. … Momin is such a believer who remains unshaken when confronted with adverse situation.

Some of the foremost qualities of a true Muslim are as follows: Being Good to Parents: Words like kindness, tenderness and great compassion come into mind when one thinks about parents. They are the reason for our existence, and nourish us in the best possible.

Muslims believe the Prophet Muhammad has been chosen by Allah to give a universal message to all humanity. The message is that Allah is one and he is the God of all. God is to be worshipped by all. God is the final judge.

Shia and Sunni Islam are the two major denominations of Islam. They chose sides following the death of the Islamic prophet Muhammad in AD 632.

Shia and Sunni Islam are the two major denominations of Islam. They chose sides following the death of the Islamic prophet Muhammad in AD 632. A dispute over succession to Islamic prophet Muhammad as a caliph of the Islamic community spread across various parts of the world, which led to the Battle of Jamal and Battle of Siffin. The fact is that after Prophet Muhammed died, Islam had a disagreement. Sunnis believed that Muhammed’s successor should be Abu Bakr and Omar, and the Shias believed that his successor should be Ali.

ALSO READ:  Faith Healing In The Bustling Lanes Of Nizamuddin In Delhi

The dispute intensified greatly after the Battle of Karbala, in which Hussein ibn Ali and his household were killed by the ruling Umayyad Caliph Yazid I, and the outcry for revenge divided the early Islamic community, which is known today as Islamic schism to differ from Christian schism that happened later.

The present demographic breakdown between the two denominations is difficult to assess and varies by source, but a good approximation is that 85% of the world’s Muslims are Sunni and 15% are Shia Muslims, with most Shias belonging to the Twelver tradition and the rest divided between many other groups.

Sunnis are a majority in most Muslim communities: in Southeast Asia, China, South Asia, Africa, and a part of the Arab world. Shia make up the majority of the citizen population in Iraq, Bahrain, Iran, and Azerbaijan, as well as being a politically significant minority in Pakistan, Lebanon, Syria, Yemen and Kuwait.

Today, there are differences in religious practice, traditions, and customs, often related to jurisprudence. Although all Muslim groups consider the Quran to be divine, Sunni and Shia have different opinions on hadith.

In recent years, Sunni–Shia relations have been increasingly marked by conflict, particularly the Iran–Saudi Arabia proxy conflict. Sectarian violence persists to this day from Pakistan to Yemen and is a major element of friction throughout the Middle East and South Asia.

Tensions between communities have intensified during power struggles, such as the Bahraini uprising, the Iraq War, the Syrian Civil War, the formation of the self-styled Islamic State of Iraq and Syria that has launched a genocide against Shias.

Sunnis also have a less elaborate religious hierarchy than Shiites have, and the two sects’ interpretation of Islam’s schools of law is different. Shiites give human beings the exalted status that is given only to prophets in the Quran, often venerating clerics as saints, whereas Sunnis do not.

Subsequently, those Muslims who put their faith in Abu Bakr came to be called Sunni (“those who follow the Sunna,” the sayings, deeds and traditions of the Prophet Muhammad) and those who trusted in Ali came to be known as Shia (a contraction of “Shiat Ali,” meaning “partisans of Ali”).

ALSO READ:  Most Important Fashion Tip For Your Winter Wedding

Shia Muslims believe that just as a prophet is appointed by God alone, only God has the prerogative to appoint the successor to his prophet. They believe God chose Ali to be Muhammad’s successor, infallible, the first caliph (khalifah, head of state) of Islam.

Sunni Muslims pray five times a day, whereas Shia Muslims can combine prayers to pray three times a day. Shia prayers can often be identified by a small tablet of clay, from a holy place (often Karbala), on which they place their forehead while bowing in prayer.

From a political viewpoint the history of the Shia was in several stages. The first part was the emergence of the Shia, which starts after Muhammad’s death in 632 and lasts until Battle of Karbala in 680. This part coincides with the Imamah of Ali, Hasan ibn Ali and Hussain.

The divide between Sunnis and Shia is the largest and oldest in the history of Islam.

Members of the two sects have co-existed for centuries and share many fundamental beliefs and practices. But they differ in doctrine, ritual, law, theology and religious organisation.

Their leaders also often seem to be in competition. From Lebanon and Syria to Iraq and Pakistan, many recent conflicts have emphasised the sectarian divide, tearing communities apart.

The great majority of the world’s more than 1.5 billion Muslims are Sunnis – estimates suggest the figure is somewhere between 85% and 90%. In the Middle East, Sunnis make up 90% or more of the populations of Egypt, Jordan and Saudi Arabia.

Sunnis regard themselves as the orthodox branch of Islam.

The name “Sunni” is derived from the phrase “Ahl al-Sunnah”, or “People of the Tradition”. The tradition in this case refers to practices based on what the Prophet Muhammad said, did, agreed to or condemned.

All Muslims are guided by the Sunnah, but Sunnis stress its primacy. Shia are also guided by the wisdom of Muhammad’s descendants through his son-in-law and cousin, Ali.

Sunni life is guided by four schools of legal thought, each of which strives to develop practical applications of the Sunnah.

Shia constitute about 10% of all Muslims, and globally their population is estimated at between 154 and 200 million.

Shia Muslims are in the majority in Iran, Iraq, Bahrain, Azerbaijan and, according to some estimates, Yemen. There are also large Shia communities in Afghanistan, India, Kuwait, Lebanon, Pakistan, Qatar, Syria, Turkey, Saudi Arabia and the UAE.

In early Islamic history, the Shia were a movement – literally “Shiat Ali” or the “Party of Ali”. They claimed that Ali was the rightful successor to the Prophet Muhammad as leader (imam) of the Muslim community following his death in 632.

Ali was assassinated in 661 after a five-year caliphate that was marred by civil war. His sons, Hassan and Hussein, were denied what they thought was their legitimate right of accession to the caliphate.

Hassan is believed to have been poisoned in 680 by Muawiyah, the first caliph of the Sunni Umayyad dynasty, while Hussein was killed on the battlefield by the Umayyads in 681. These events gave rise to the Shia concept of martyrdom and the rituals of grieving.

There are three main branches of Shia Islam today – the Zaidis, Ismailis and Ithna Asharis (Twelvers or Imamis). The Ithna Asharis are the largest group and believe that Muhammad’s religious leadership, spiritual authority and divine guidance were passed on to 12 of his descendants, beginning with Ali, Hassan and Hussein.

The 12th Imam, Muhammad al-Mahdi, is said to have disappeared from a cave below a mosque in 878. Ithna Asharis believe the so-called “awaited imam” did not die and will return at the end of time to restore justice on earth.

In countries which have been governed by Sunnis, Shia tend to make up the poorest sections of society. They often see themselves as victims of discrimination and oppression. Sunni extremists frequently denounce Shia as heretics who should be killed.

The Iranian revolution of 1979 launched a radical Shia Islamist agenda that was perceived as a challenge to conservative Sunni regimes, particularly in the Gulf.

Tehran’s policy of supporting Shia militias and parties beyond its borders was matched by Sunni-ruled Gulf states, which strengthened their links to Sunni governments and movements elsewhere.

Today, many conflicts in the region have strong sectarian overtones.

In Syria, Iranian troops, Hezbollah fighters and Iranian-backed Shia militiamen have been helping the Shia-led government battle the Sunni-dominated opposition. Sunni jihadist groups, including Islamic State (IS), have meanwhile been targeting Shia and their places of worship in Syria and neighbouring Iraq.

In January 2016, the execution by Saudi Arabia of a prominent Shia cleric who supported mass anti-government protests triggered a diplomatic crisis with Iran and angry demonstrations across the Middle East. #KhabarLive #hydnews